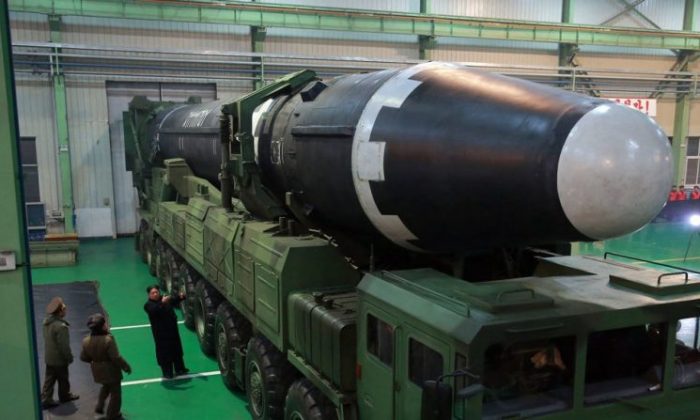 “We have channels, through which we are conducting a dialogue, and we are ready to deploy them, we are ready to exert our influence on North Korea,” Morgulov was quoted as saying at a conference in Berlin.

He also said that neither Washington nor Pyongyang want a real war “but such scenarios exist”, according to RIA news agency.

The Kremlin has traditionally protected the reclusive state though the latest Pyongyang tests have irked Moscow.

North Korea, which conducted its sixth and largest nuclear bomb test in September, has tested dozens of ballistic missiles under Kim Jong Un’s leadership in defiance of international sanctions.

Morgulov called for other measures than isolation to exercise in dealing with North Korea.

“We believe that the isolation alone…will not work, this won’t take us forward. By doing this, we will only worsen the situation, which is dangerous. We are really on the brink of a real war,” he said.

In Washington, a U.S. State Department spokeswoman said the Trump administration still wanted a peaceful, diplomatic solution to the nuclear and missile threat from Pyongyang but said: “(North Korea) has shown through its actions that it is not interested in talks. We must remain focused on increasing the costs for Pyongyang to continue to advance its WMD programs.”

Morgulov was also quoted as saying that North Korea was seeking a direct dialogue with the United States on its nuclear program, while it was not in need of security guarantees either from China or Russia.