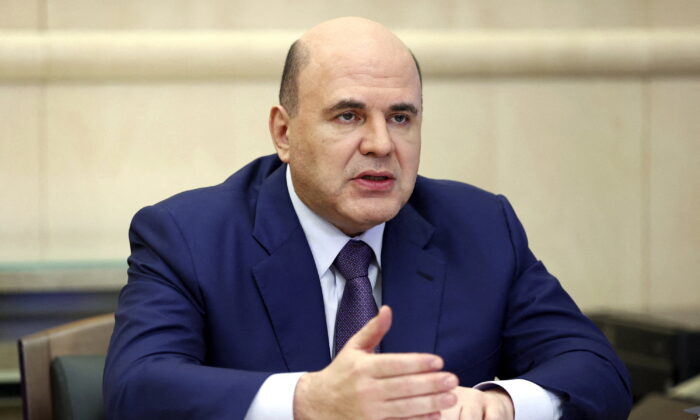 Russian Prime Minister Mikhail Mishustin chairs a meeting of the government commission to improve the stability of the Russian economy in the face of sanctions, via a video link in Moscow, Russia on March 15, 2022. (Sputnik/Dmitry Astakhov/Pool via Reuters)
Business & Economy

The Russian government has transferred more than 50 percent of foreign aircraft to Russia’s own registry as it takes measures to start using foreign aircraft located in Russia, Prime Minister Mikhail Mishustin said on Wednesday.

Mishustin said hundreds of foreign aircraft had already been moved to the Russian registry, stressing that the key task was to ensure the safety of flights.

Sanctions have disrupted the supply of most aircraft, parts and services to Russia. Russian airlines have 515 jets leased from abroad.

Russia has passed a law allowing the country’s airlines to place aircraft leased from foreign companies on Russia’s aircraft register.