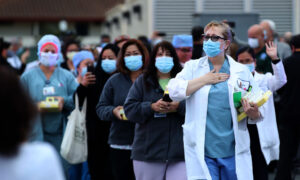 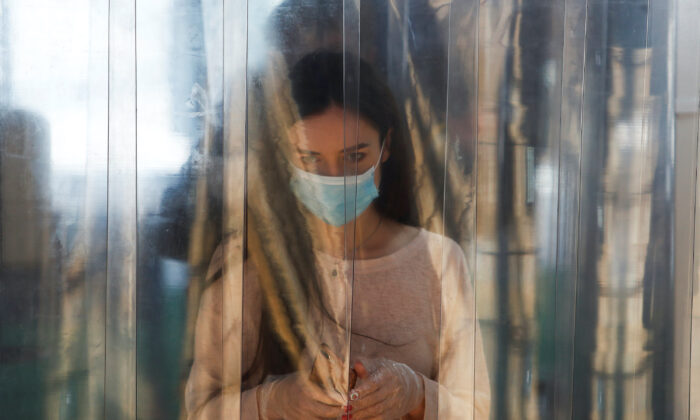 A woman wearing a protective face mask and gloves walks through a disinfection cabin placed at the entrance of the Evropeyskiy shopping mall, after it was reopened as part of a phase of lifting the COVID-19 restrictions in Moscow, Russia June 5, 2020. (Maxim Shemetov/Reuters)
WORLD

MOSCOW—Russia reported 8,855 new cases of the CCP virus on Saturday, June 6, pushing the total number of infections to 458,689.

Russia has the world’s third-highest number of confirmed cases after the United States and Brazil.  A video released by the Russian ministry of defense on Thursday showed the ministry is preparing to launch the testing of a COVID-19 vaccine on humans.

Around 50 volunteers were picked from the ministry staff members, according to the head of Main Military Hospital, Evgeniy Kryukov, and were transported to the medical facility in the Moscow region. Before the tests start, the volunteers are in for 14 days of quarantine to eliminate the risk of being infected with the CCP (Chinese Communist Party) virus, commonly known as the novel coronavirus.

The vaccine is developed by the Russian Research Center for Epidemiology and Microbiology.  The head of the center, Alexander Ginsburg, said in an interview with Russian TV channel “Russia 1” that he expects the mass-production of the vaccine at the end of summer.

By Gleb Stolyarov and Maxim Rodionov