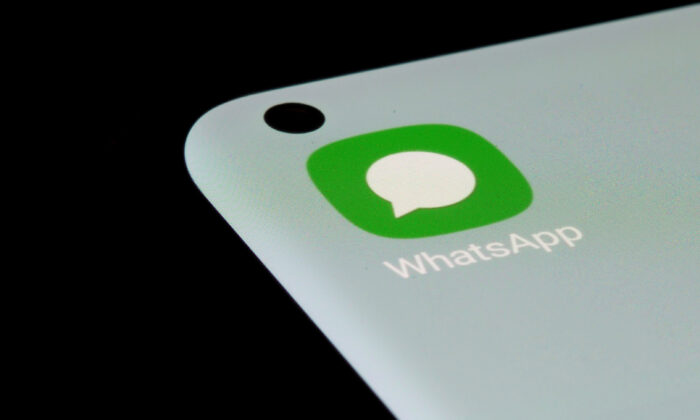 WhatsApp app is seen on a smartphone in this illustration taken on July 13, 2021. (Dado Ruvic/Illustration/Reuters)
Europe

MOSCOW—Russia on Friday launched administrative proceedings against Facebook’s WhatsApp for what it said was a failure to localize data of Russian users on Russian territory, the Interfax news agency reported.

The cases are part of a wider spat between Russia and Big Tech, with Moscow routinely fining social media giants for failing to remove banned content and seeking to compel foreign tech firms to open offices in Russia.

WhatsApp could be fined between 1 million and 6 million roubles ($13,700 to $82,250), Interfax reported, citing court documents. A court date has not yet been set.