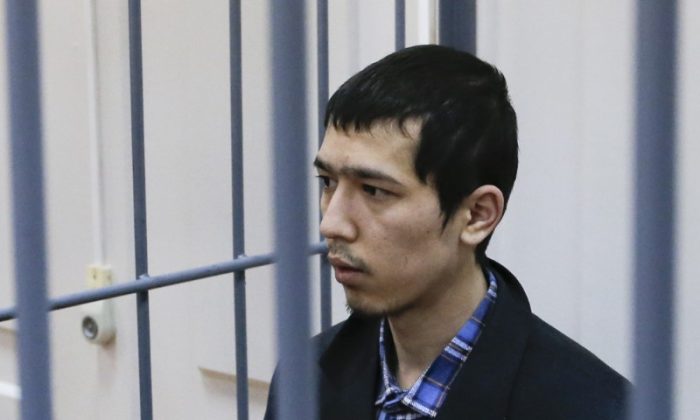 Abror Azimov, a suspect over the recent bombing of a metro train in St. Petersburg, looks out from the defendant's cage as he attends a court hearing in Moscow, Russia on April 18, 2017. (REUTERS/Sergei Karpukhin T)
International

MOSCOW—The man Russian investigators say orchestrated a suicide bombing on the St. Petersburg metro told a court on Tuesday he was an unwitting accomplice in the attack.

At a preliminary court hearing, the suspect, Abror Azimov, said he had participated in the preparation of the attack, in which 14 people were killed, but only indirectly.

“I did not realize that I was helping with this act,” he said, referring to the April 3 blast on the metro. “I was being given instructions.”

Earlier, a state investigator told the court that Azimov had confessed to having prepared the attack, but the suspect said he had not confessed to that.