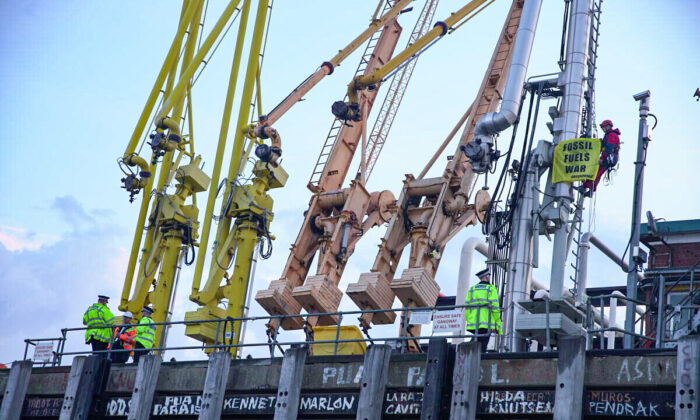 Russia amassed 93 billion euros ($98 billion) from fossil fuel exports during the first 100 days of its war in Ukraine, according to a report by the independent Centre For Research on Energy and Clean Air (CREA) published Monday.

European Union leaders last month agreed on a plan to block roughly 90 percent of oil imports from Russia to the E.U. by the end of the year. The United States and the United Kingdom have also pledged to cut Russian imports.

According to Finland-based CREA’s report, the EU took 61 percent of Russia’s fossil fuel exports during the war’s first 100 days (February 24 to June 3), worth approximately 57 billion euros, or about $60 billion.

The report noted that China’s imports of oil have remained “essentially constant” while Germany, the second biggest top importer has “managed a modest reduction in oil imports from Russia.”

Russia’s average export prices were about 60 percent higher than last year, according to CREA.

Overall though, exports of Russian oil and gas are falling as multiple nations shun Moscow’s supplies, with the report noting that reduced demand and the discounted price for Russian oil cost the country approximately €200 million ($209 million) per day in May.

“Import volumes fell modestly in May, around 15% compared with the time before the invasion, as many countries and firms shunned Russian supplies,” the report states. “The reduction in demand and the discounted price for Russian oil cost the country approximately 200 million EUR per day in May. However, increase in fossil demand has created a windfall: Russia’s average export prices were an average 60 percent higher than last year, even if they were discounted from international prices.”

Some countries, including China, India, the United Arab Emirates, and France, have increased their purchases from Russia, according to the report, with India becoming a significant importer of Russian crude oil, and purchasing 18 percent of the country’s exports.

“A significant share of the crude is re-exported as refined oil products, including to the U.S. and Europe, an important loophole to close,” the report noted.

Elsewhere, CREA noted that Poland and the United States have given the Kremlin the biggest blows to its revenue, while Lithuania, Finland, and Estonia achieved “sharp percentage reductions of more than 50 percent.”

However, the report highlighted the fact that Russia is spending an estimated €840 million ($879 million) per day on its invasion of Ukraine, which far exceeds the $98 billion in revenue it is gaining from fossil fuel exports.

The report comes as Ukraine continues to urge the West to ban all trade with Russia in an effort to cut off President Vladimir Putin’s war financing, however, EU officials have so far not agreed to an outright ban.