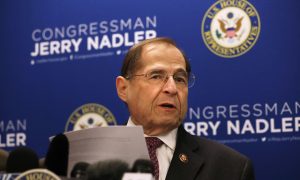 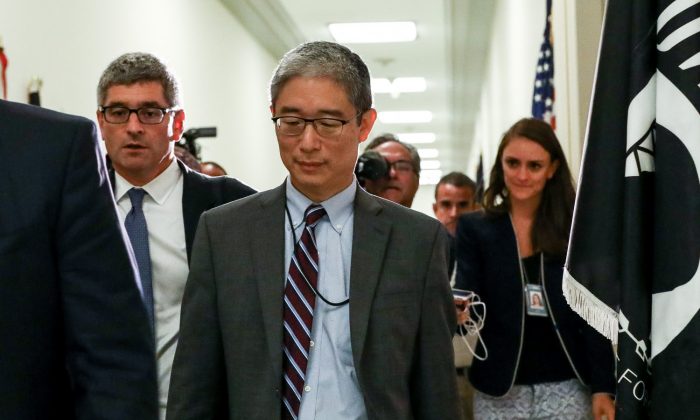 A former Department of Justice official who was criticized by the agency for concealing his discussions with former UK spy Christopher Steele during the investigation into 2016 Russian election interference resigned in September, according to a spokesperson.

“Bruce Ohr retired from the Department of Justice on September 30, 2020. As such, he is no longer an employee of the Department,” Justice Department spokeswoman Kerri Kupec said in a statement on Oct. 14.

Kupec said Ohr resigned after his lawyers were told that “a final decision on a disciplinary review being conducted by Department senior career officials was imminent.”

Ohr had served as an intermediary between Steele and the FBI team that investigated President Donald Trump’s campaign in 2016. Steele wrote a dossier that likely played a role in the opening of an investigation into Trump’s campaign, codenamed Crossfire Hurricane. Years later, then-special counsel Robert Mueller concluded there was no evidence of collusion between Moscow and the Trump campaign.

The FBI also relied heavily on the dossier to get Foreign Intelligence Surveillance Act (FISA) warrants against Carter Page, a Trump campaign aide, at the time. Later, the Department of Justice’s inspector general found “significant errors and omissions” in the FISA probe.

Ohr’s wife, Nellie, worked as an analyst for FusionGPS, an opposition research company that hired Steele for the Democratic National Committee and Hillary Clinton’s campaign. The inspector general’s report found that Ohr and Steele met in 2010, but it said he displayed a “lapse in judgment” by not speaking with the Justice Department about his interactions with the FBI and Justice Department.

“Despite having been closed for cause, the Crossfire Hurricane team continued to obtain information from Steele through Ohr, who met with the FBI on 13 occasions to pass along information he had been provided by Steele,” Department of Justice Inspector General Michael Horowitz said in a December 2019 report.

He noted that Ohr couldn’t recall the FBI asking him to take action on Steele, saying that “the general instruction was to let [the FBI] know … when I got information from Steele.”

In 2019, Attorney General William Barr tapped U.S. Attorney from Connecticut John Durham to probe the origins of the Russia-Trump investigation, including Crossfire Hurricane and Mueller’s investigation. Some of Trump’s allies have called for the findings of Durham’s investigation to be released before the November election.

Durham’s investigation has led to one criminal charge, coming against former FBI lawyer Kevin Clinesmith, who plead guilty to altering an email related to the Page surveillance operation.