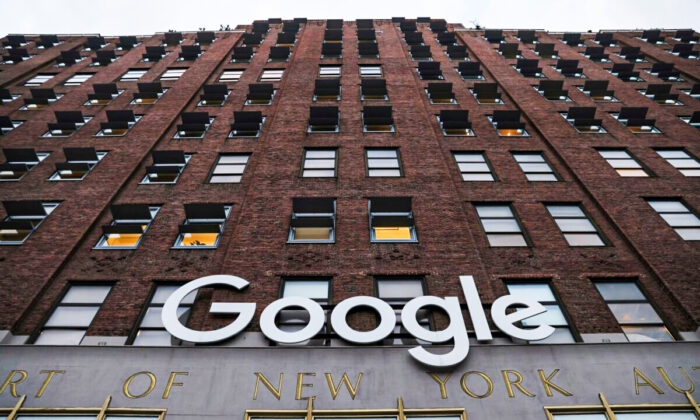 The logo for Google LLC is seen at their office building in Manhattan, New York, on Nov. 17, 2021. (Andrew Kelly/Reuters)
International

MOSCOW—A Moscow court fined Alphabet Inc.’s Google 3 million roubles ($400,386) on Monday for not deleting content that is deemed illegal, part of a wider dispute between Russia and the U.S. tech giant.

Russia in October threatened to fine Google a percentage of its annual Russian turnover for repeatedly failing to delete banned content on its search engine and YouTube, in Moscow’s strongest move yet to rein in foreign tech firms.

Google, which last month said it had paid more than 32 million roubles in fines, did not immediately respond to a request for comment.

Russia has issued several small fines to U.S. tech companies this year. State communications regulator Roskomnadzor has slowed down the speed of Twitter since March and has told Reuters it will not lift the restrictions on mobile devices until all illegal content is removed.