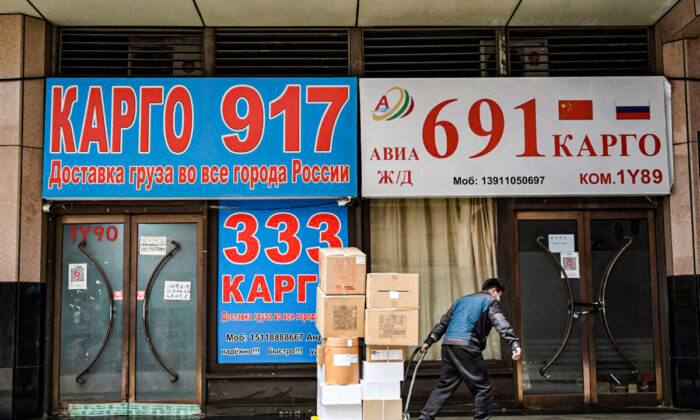 LONDON—JPMorgan has warned that the combination of Russia’s war in Ukraine and China’s ongoing property crash could see the worst wave of corporate defaults since the global financial crisis.

A new report from the bank’s analysts on Monday estimated the emerging market-wide default rate would now reach 8.5 percent, more than double the 3.9 percent they expected at the start of the year before the war in Ukraine.

The volume of riskier “high-yield” emerging market (EM) corporate international market bonds now trading at distressed levels had jumped to $166 billion, the highest since 2009 when the global financial crisis raised the default rate to 10.5 percent.

Eastern Europe is predicted to see a record 21.1 percent default rate due to what are expected to be 98.8 percent and 27.3 percent respective rates in Ukraine and Russia where firms are now in difficulty due to the war or the West’s unprecedented sanctions.

Ukraine corporates have provided frequent updates to investors since the start of the invasion and all have painted a similar picture of their operations: exports are disrupted, revenue generation and collections are decimated.

“Together with a 30 percent default rate recorded last year, we could potentially see more than half of the sector being decimated,” JPMorgan analysts said, explaining how “surprises” such as hidden debt and developers unexpectedly defaulting on their entire bond stocks had “blindsided” investors.

“While the government has gradually loosened its housing policies, some weaker developers have already gone beyond their tipping point,” they added.

Notably, however, excluding those idiosyncratic situations, the rest of the EM high yield corporate space is expected to see only a modest 1.1 percent default rate this year.