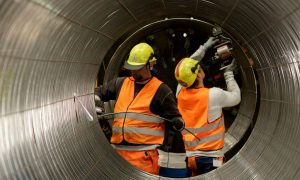 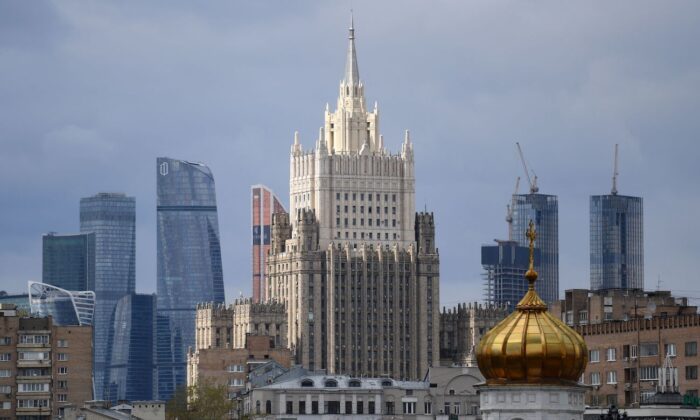 A view of the Russian Foreign Ministry headquarters in Moscow on April 29, 2021. (Natalia Kolesnikova/AFP via Getty Images)
International

Russia Bans 9 Prominent Canadians From Its Territory in Sanctions Response

Russia will ban nine prominent Canadian citizens from entering its territory indefinitely, its foreign ministry said on Monday, in a response to Canadian sanctions imposed in March over human rights concerns.

Canada on March 24 set new sanctions on nine Russian officials over “gross and systematic violations of human rights in Russia.” Ottawa is particularly concerned about the treatment of Alexei Navalny, a prominent Kremlin critic.

Navalny was arrested this year and sent to serve a 2.5-year jail term for parole violations related to an embezzlement conviction he says was fraudulent.

“We remain deeply concerned by the deteriorating human rights situation in Russia and the shrinking space for civil society and independent voices. We stand by these Canadians that have been targeted,” it said in a statement.

Navalny was detained on his return to Russia in January from Germany where he was treated for what German authorities concluded was poisoning in Russia with a banned nerve agent. The Kremlin says it has seen no evidence he was poisoned and that his jailing is not political.