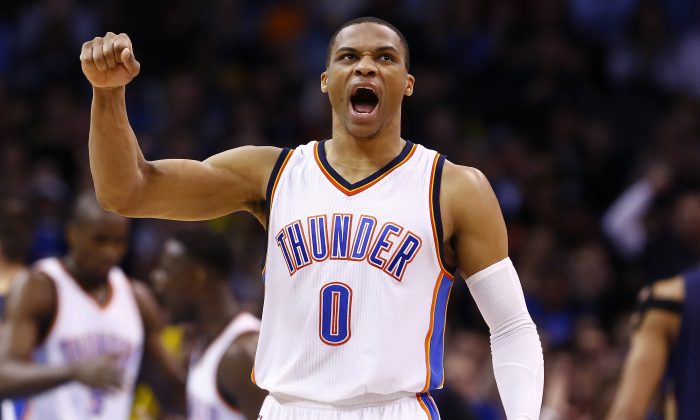 Westbrook was sensational as always last night versus the Nuggets, falling just one rebound short of a monster triple-double with 30 points, 9 rebounds, and 12 assists on the night. Westbrook is a big reason why the Thunder are 10-3 in December and are trending up. With a total record of 21-10, the Thunder are good for fourth in the league behind the Cavaliers (19-9), Spurs (26-6), and Warriors (28-1).

First, we present the ‘laser pass’—a pass so quick that you’ll miss it if you’re not careful.

Also a buzz last night was this dunk showcasing Westbrook’s one of a kind hops.

Finally, see the full highlights below.