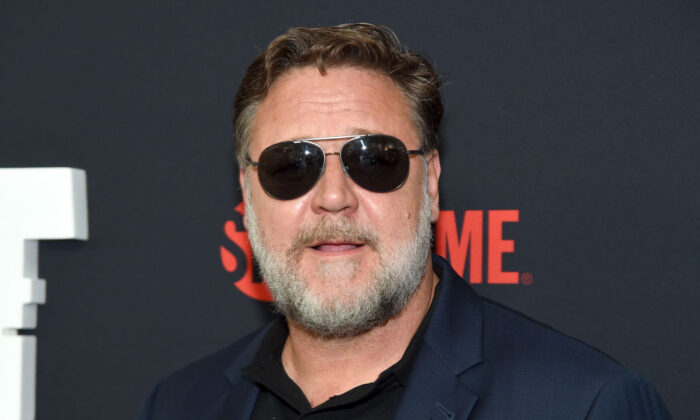 Russell Crowe’s new psychological thriller has been forced to halt production because a crew member tested positive for COVID-19.

The movie, “Poker Face,” was shooting at a penthouse in Sydney’s Crown Casino, when a barista tested positive for the virus.

“Unfortunately, 6 days from the end of our shoot on PokerFace, we have had a confirmed positive COVID case amongst our crew and a second possible positive under further investigation by our PokerFace Covid team and NSWHealth,” Crowe wrote on Twitter.

“For the safety of cast and crew and the wider community, the production has been immediately paused, and everyone instructed to isolate whilst the situation is looked into. We have followed strict protocols with cast and crew being tested 3 times a week for the past 11+ weeks,” he added.

The barista worked five shifts without knowing they had contracted the virus.

Crowe said he hoped production could be up and running again soon.

Filming for Poker Face was taking place around Sydney’s Fox Studios, where Crowe plays a tech billionaire caught in a risky card game.

The cast also includes Elsa Pataky from the Fast and the Furious series and Liam Hemsworth.

Greater Sydney and NSW has been under extended lockdown since late June to contain an outbreak of the Delta variant of the CCP (Chinese Communist Party) virus, commonly known as the novel coronavirus.

Job losses have been severe, with the Institute of Public Affairs (IPA) finding that over a three-week period from June 26 to July 17, NSW shed 200,000 small business employees, 64,000 medium-sized business workers, and 12,000 large business workers.

Australia was a preferred destination for several film projects last year, due to relatively low infection rates from COVID-19, with A-listers Zac Efron, Matt Damon, and Natalie Portman, all involved in projects locally.