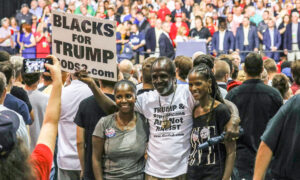 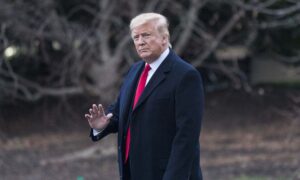 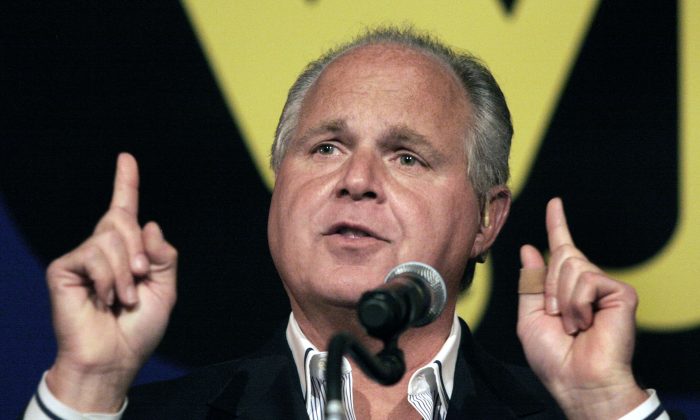 Rush Limbaugh Says He Has Advanced Lung Cancer: ‘One of the Most Difficult Days’

Conservative radio host Rush Limbaugh announced that he has advanced lung cancer and will miss several days of the show to undergo treatment.

Limbaugh, 69, who is considered one of the most influential radio show hosts in the United States, said he will undergo treatment this week. He hopes to be back by Feb. 6.

“This day has been one of the most difficult days in recent memory, for me, because I’ve known this moment was coming,” Limbaugh said on the air.

“I’m sure that you all know by now that I really don’t like talking about myself, and I don’t like making things about me. … One thing that I know that has happened over the 31-plus years of this program is that there has been an incredible bond that had developed between all of you and me.

“I can’t help but feel that I’m letting everybody down with this. But the upshot is that I have been diagnosed with advanced lung cancer.”

Limbaugh said he experienced shortness of breath on Jan. 12, leading to the cancer diagnosis.

“Every day I’m not here, I’ll be missing you and thinking about you,” Limbaugh added as he signed off. “I thought about not telling anybody.

“It is what it is. You know me; I’m the mayor of Realville.

“So this has happened, and my intention is to come here every day I can and to do this program as normally and as competently and as expertly as I do each and every day, because that is the source of my greatest satisfaction professionally, personally.

“I told the staff today that I have a deeply personal relationship with God that I do not proselytize about. But I do, and I have been working that relationship tremendously, which I do regularly anyway, but I’ve been focused on it intensely for the past couple of weeks.

“I am, at the moment, experiencing zero symptoms.”

“Those of you who are listening to the Rush Limbaugh show now. Pray with us. Thank you. God Bless you Rush Limbaugh. Love you so much Rush,” he wrote on Twitter.

It’s not clear how far his cancer has spread.

Following the cancer announcement, a number of people wished him well on social media.

“I just heard the news that Rush Limbaugh has advanced lung cancer. I’m going to show you how this should be done: I wish Rush a speedy and complete recovery from his cancer. Human being pro-tip: don’t wish cancer on *anyone* … even on your adversaries,” liberal-leaning author Rick Wilson wrote.

Limbaugh began his nationally syndicated radio show about 30 years ago.