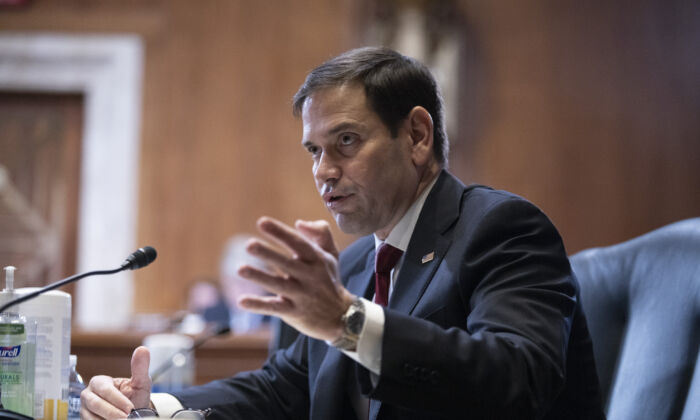 Sen. Marco Rubio (R-Fla.) is accusing Google of filtering his emails to supporters in the run-up to the midterm election this fall, describing on May 21 his current situation as being in “purgatory.”

The Florida Republican said in a tweet that up to 90 percent of his campaign emails to supporters with a registered Gmail address never reach their inboxes but go to their spam folder. He said that has occurred since his likely Democratic opponent in the November general election, Rep. Val Demings (D-Fla.), announced a year ago she would run against him.

“Marco Rubio for Senate is in @Google purgatory. Since a Pelosi puppet announced she was running against me, they have sent 66% of my emails to REGISTERED SUPPORTERS with @gmail to spam,” Rubio wrote on Twitter on May 21.

“And during the final weeks of finance quarters, it climbs to over 90%,” the post reads.

Marco Rubio for Senate is in @Google purgatory

Google officials didn’t respond by press time to a request by The Epoch Times for comment.

Rubio, who is running for a third term in the U.S. Senate, is likely to face off against Demings, a former Orlando police chief, in Florida’s 2022 general election on Nov. 8. Ahead of the Sunshine State’s primaries on Aug. 23, the Republican senator holds a lead of 9 points over Demings in an average of polls among registered voters.

Republicans filed a joint complaint on April 27 with the Federal Election Commission to investigate Gmail’s algorithm—which “makes it much harder for Republicans to reach their supporters” than Democrats and stifles GOP fundraising efforts—as claimed by researchers at North Carolina State University (NCSU).

The GOP groups said Google’s algorithm could potentially cost them over $1 billion.

Although researchers said no evidence suggests that the classifications are “deliberate attempts” to influence voters, “their SFAs [spam filtering algorithms] have learned to mark more emails from one political affiliation as spam compared to the other.”

“Mail classifications in Gmail automatically adjust to match Gmail users’ preferences and actions,” a Google spokesperson said in a previous email, responding to the NCSU study.