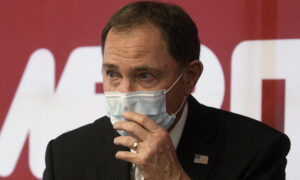 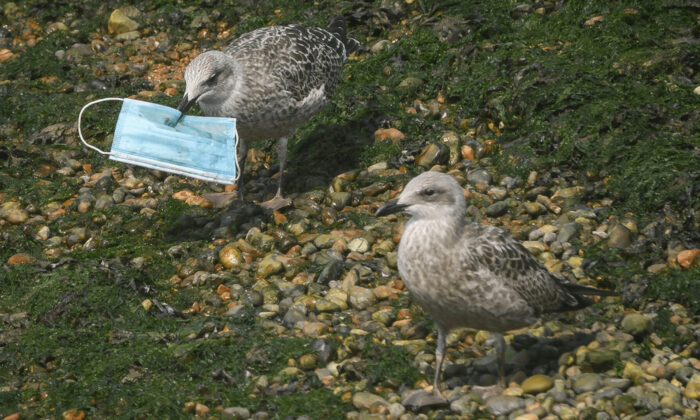 Animal welfare charity RSPCA is urging people to cut the elastic ear straps from disposable masks before binning them after an ibis was seen with one wrapped around its leg in Brisbane.

The ibis was reported limping near the Queensland Art Gallery. The RSPCA Animal Ambulance responded but never located the entangled ibis.

“RSPCA QLD are receiving a significant increase in rescue call-outs to wildlife tangled in small waste and in particular, disposable medical masks,” the organisation said on Facebook on Jan. 18. “Entanglements are a killer. No matter where you’re disposing of your mask take a moment to snip the straps.”

With so many PPE now in circulation, mask mandates, and thousands of them being thrown away every day around Australia, there is a serious hazard posed to wildlife.

“When they advertise to wear masks why can’t they tell people how to dispose of them responsibly by tearing off or cutting the loops? It should be in bold writing on the packaging,” Christine Balk from Brisbane wrote under the post.

RSPCA recommended either snipping the straps on face masks or using reusable and washable masks.

“Elastic bands pose a big risk to small animals and birds as they can wrap around their bodies or beaks and cause choking and other injuries,” RSPCA’s Chris O’Brien wrote in a media release.

RSPCA in the UK said they rescued over 900 animals caught in rubbish since March 23. There are fears that this will also happen in Australia.

Wildlife conservation groups have also warned of the environmental hazard of discarded single-use face masks, rubber gloves, hand sanitiser bottles, and other types of plastic-based PPE waste washing up on beaches and creating a new wave of issues over the coming years.