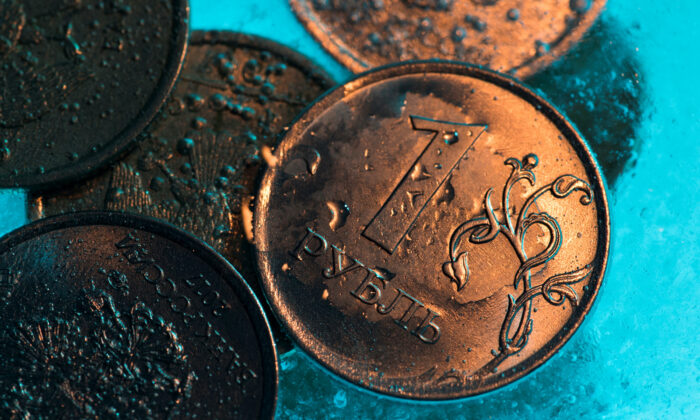 Rouble Closes at Highest Since February on Gas Sales Move

The Russian rouble closed on Wednesday at its strongest this month against the dollar both in Moscow and offshore exchanges after President Vladimir Putin said Russia would start selling its gas to “unfriendly” countries in roubles.

The rouble ended below 100 per dollar, still down over 22 percent this year as Russia faces strict sanctions globally, triggered by its invasion of Ukraine late last month.

“It seems to be an effort by the Russian authorities to apply pressure on Western countries by forcing foreign buyers of Russian gas to use roubles, with the added benefit of supporting the value of the currency,” said Liam Peach, Emerging Europe economist at Capital Economics in a client note.

The rouble gained 6 percent to close at 97.7375 per dollar in Moscow after touching 94.9875, its strongest since March 2. It closed up 8.8 percent at 96.5 on the EBS platform. Both closing prices were the strongest since February.

Trading in OFZ bonds resumed this week, and the Bank of Russia announced some stock market trading would resume on March 24 after a near month-long hiatus, with 33 securities included into the benchmark IMOEX index set to be traded on the Moscow Exchange for a limited period of time and with short selling banned.

So far, the central bank has not disclosed the size of its interventions on the OFZ market that helped stabilize prices and provided extra liquidity to the financial system.

Yields on benchmark 10-year OFZ bonds, which move inversely to their prices, closed at 13.85 percent on Wednesday after hitting a record high of 19.74 percent on Monday.

Russia appeared to have averted default on foreign debt by making a coupon payment in dollars on a foreign bond maturing in 2029. A bondholder said the payment had been received.

Demand for rouble liquidity has declined as the central bank sold 0.8 trillion roubles ($7.7 billion) at a one-day “fine-tuning” repo auction on Wednesday, lower than in previous days.

“Demand at overnight repo auctions is falling fast,” Veles Capital brokerage said in a note, explaining that even though banks’ liquidity levels have fallen to their lowest since June last year, lenders are repaying previous repo debts to the central bank.