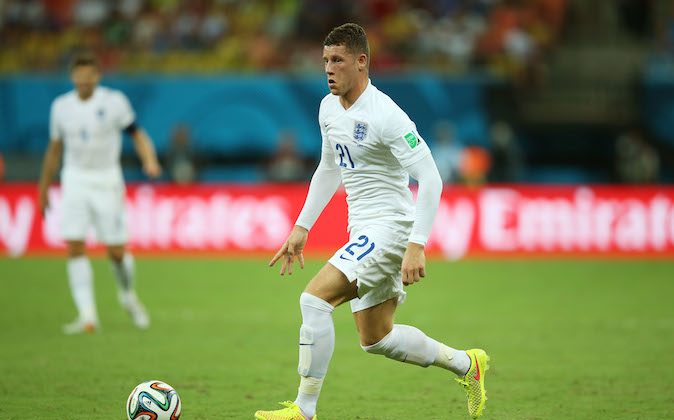 Ross Barkley will be staying put at Goodison Park next season.

Late in May, Everton coach Roberto Martinez said that “it would be wrong” for the 20-year-old youngster to move.

“Ross is a superstar in our eyes already, so for us nothing will change the perception of him,” said Martinez.

“Remember, he could be in a position to impress millions, never mind just the people in England, that’s the type of tournament we are talking of.”

“He will return as the same person I can guarantee you that. He’s not someone who will lose sight of realism when he comes back.”

Martinez added that he would “protect” Barkley, adding, “Ross is a phenomenal talent, probably the best English talent I have ever seen, but he is not the finished article yet and you need to be very careful.

“It’s our duty to protect him and I know Everton is the perfect place for him for the next 12 months.”

“In football obviously you can never speak about the future, and obviously we must try to get into the top four positions to offer players like Ross the next stage of their development.”

“But Ross is delighted at Everton and feels very much in the right place at the right time of his career.”

Here is an AP article on England.

Result, Not Performance, the Focus for England

RIO DE JANEIRO (AP) — England’s players felt a bit uneasy about being praised back home despite losing their World Cup opener. From now on, they know it’s the results they’ll be judged by, not the entertaining value of their games.

“I don’t want to go home early performing well but not getting results,” Liverpool striker Daniel Sturridge said Monday. “It’s the results that count, it’s not about the performances and we realize that as a team as well.”

That doesn’t necessarily mean the team is ready to abandon the attack-minded philosophy employed by coach Roy Hodgson in the 2-1 loss against Italy in Manaus. Avoiding defeat against Uruguay on Thursday in Sao Paulo should keep England’s Group D hopes alive, but a victory will put the team in a more advantageous position going into the final match against Costa Rica.

“I don’t feel we need to change much,” Sturridge said. “I just feel as though maybe we need to get those little bits of luck, a little bit of a break.”

Sturridge started up front against Italy in the central position where Wayne Rooney can thrive. With Rooney on the left flank in the first half, and the right after the break, his bearing on the game was limited apart from setting up Sturridge’s goal. The failure to hit the target extended Rooney’s scoreless run at World Cups to three tournaments, and he looked stone-faced while talking on the training pitch with Hodgson on Monday.

“It could be quite frustrating at times for anyone playing out of position but that’s football and you’ve just got to deal with it,” Sturridge told a briefing at the team’s training camp at the Urca military base in Rio de Janeiro.

“I know Wayne is experienced, he can handle pretty much every situation as he has been through a lot in his career. You say he’s playing out of position but he’s played there plenty of times for Manchester United. He is accustomed to that position.”

Wherever he plays, Rooney will have a “massive impact” against Uruguay, England and Manchester United teammate Danny Welbeck predicted, despite recent performances in the England shirt suggesting otherwise.

“All the forward players at England, they’ve all got the flexibility to move in and around and interchange positions,” Sturridge said. “Obviously Wayne was on the left in the first game and in the second or third game he could be in a different position.

“Wazza (Rooney) is the top all-time scorer for England currently playing and he’s got 93 caps, he’s very experienced so when he’s on that pitch he can make a difference.”

While Sturridge and Welbeck were eager to defend Rooney, they were more reluctant to discuss a striker they could be facing against Uruguay: Luis Suarez.

Sturridge, Suarez’s Liverpool strike partner, said he isn’t even on “texting terms” with the Uruguayan in the buildup to the match, which assumed greater importance after Uruguay also made a losing start against Costa Rica. Suarez missed the game while recovering from knee surgery, but said Monday he is fully fit.

“I don’t think Luis is going to want to tell anybody about how he is feeling,” Sturridge said. “I hope he’s OK, I hope he’s fit, I hope he’s fighting fit because I never wish injury on any footballer.

“But regardless of whether he’s playing or not, we can’t worry about as an obsession with Luis Suarez. I mean there’s (Edinson) Cavani, there’s other players for Uruguay. It’s a team game. And that’s the end of it for me.”

Failing to beat Uruguay could mean the end of England in Brazil too.