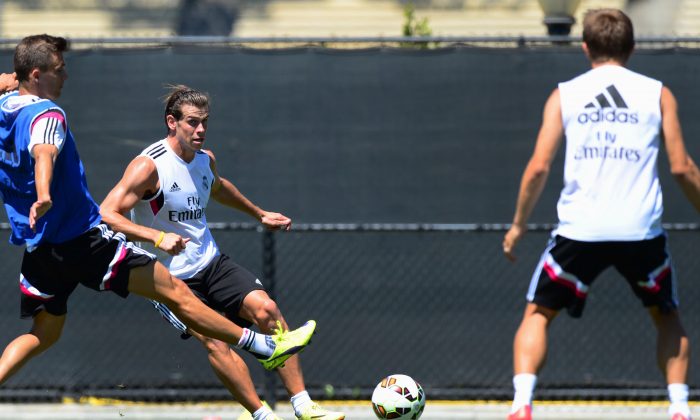 Roma and Real Madrid will go head-to-head in an International Champions Cup 2014 match on Tuesday, July 29.

The game will be broadcast on TeleCinco Espana in Spain; Sport 1 in Hungary, Israel, and Slovakia; as well as Sport TV 1 in Portugal.

According to RealMadrid.com, Iker Casillas, Sergio Ramos, Fabio Coentrao, Xabi Alonso, and Lukas Modric will be making their first pre-season appearance against Roma.

World Cup stars Toni Kroos and James Rodriguez will join the team at a later date, as will Portuguese star Cristiano Ronaldo.

At a press conference, Carvajal expressed confidence that Kroos and Rodriguez will be great for the club.

“James is going to bring a lot to the team and will make us players and the club even better,” said Carvajal.

“As a team-mate I wish him all the best and I’m certain he’ll do well.

“Kroos is a fantastic player. I had to deal with playing against him in the Bundesliga and I faced him this year in the Champions League semi-finals.

“He will bring a lot to the centre of midfield.”