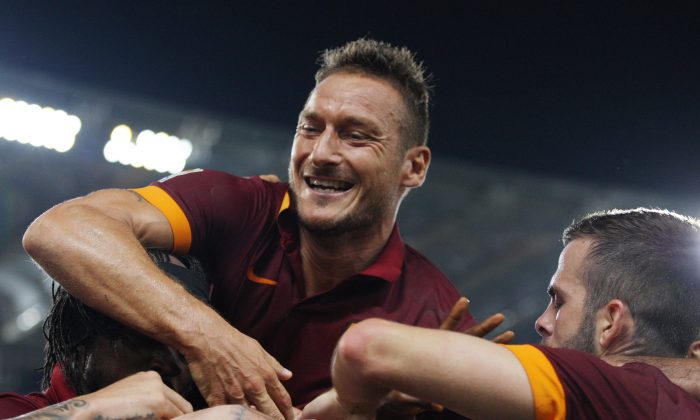 Radja Nainggolan (C) with his teammates Francesco Totti and Miralem Pjanic (R) of AS Roma celebrates after scoring the opening goal during the Serie A match between AS Roma and ACF Fiorentina at Stadio Olimpico on August 30, 2014 in Rome, Italy. (Photo by Paolo Bruno/Getty Images)
Europe

Roma and Empoli are set to play in a Serie A match on Saturday, September 13.

The game will also be shown on BT Sport 2 in the United Kingdom, as well as beIN Sports USA and RAI International in the United States.

Roma are 8/13 to win the match, while Empoli are 6/1 to take the game, according to OddsChecker.