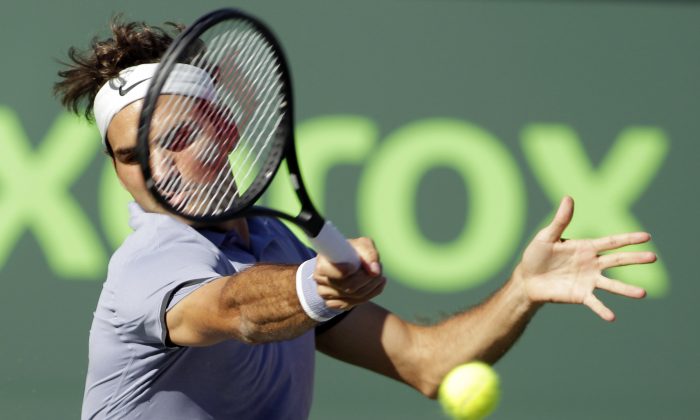 It’s Roger Federer vs Kei Nishikori in one of the four men’s Sony Open tennis quarterfinal matches on March 26, 2014.

The pair are facing off in what’s sure to be an intense match.

Federer and Nishikori will be playing at 9 p.m. ET and the game will be on live on the Tennis Channel

Live streaming is available via ESPN3.