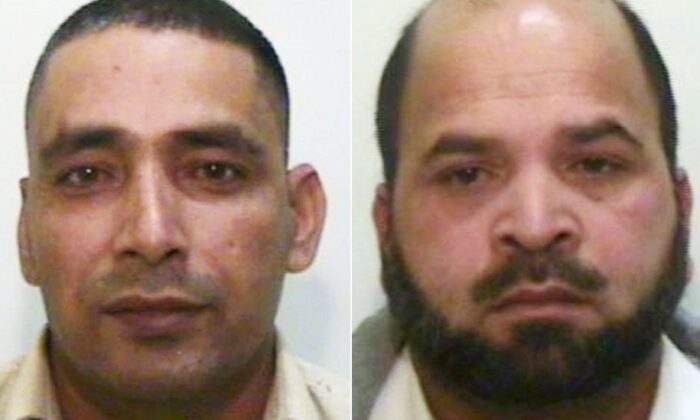 Two men who were convicted of being part of a gang that groomed and sexually exploited under-age girls in the town of Rochdale, near Manchester, have told a tribunal it is unfair for them to be deported to Pakistan because the gang’s leader is safe from deportation.

Khan—who was jailed for eight years for conspiracy and trafficking for sexual exploitation after he fathered a baby with a 13-year-old girl—told the tribunal his son would be robbed of a “role model” if he was sent back to his native Pakistan.

On Monday lawyers for the pair pointed out the gang’s leader, Abdul Aziz—who was referred to as The Master—has been told by the Home Office he will be allowed to remain in Britain.

Khan, Rauf, and Aziz were among nine members of the Rochdale gang jailed for child sex offences in 2012.

Sentencing the gang Justice Gerald Clifton said they were driven by “lust and greed” and told the men they had treated the girls “as though they were worthless and beyond respect.”

‘Conducive to the Public Good’ to Strip Them of UK Citizenship

The then Home Secretary Theresa May said it would be “conducive to the public good” for them to be stripped of their UK citizenship and deported but that kicked off a legal saga.

Khan told the hearing, through an interpreter: “I have a question for the Home Secretary, whether Mr. Aziz was an angel and I am a devil?”

Lawyers—who cannot be named for legal reasons—for Rauf said the law demands consistency and they said deportation would also breach his right to a private and family life under the European Convention on Human Rights.

The hearing was adjourned and Judge Charlotte Welsh is expected to make a final decision on whether the pair can be deported later this year.

The Rochdale case, along with similar Asian grooming gangs in Rotherham, Oxford, Telford, and Huddersfield who targeted white girls often in care homes, led to accusations that politicians, social workers, and senior police officers turned a blind eye to the abuse for fear of being accused of being racist.

In April, Greater Manchester Police apologised to three of the girls for failing to protect them from the gangs and paid them substantial damages.