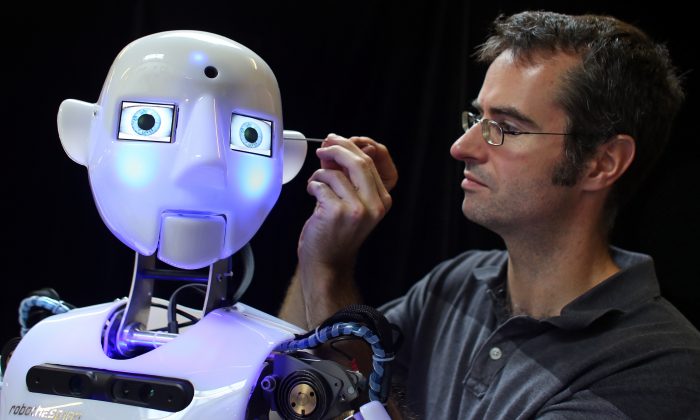 Have you ever wanted your own personal life-size robot? Now engineers from Engineered Arts have created the world’s first commercially available robot called RoboThespian. Through a control panel, the robot can be programmed to speak, move, communicate, recognize people, and even sing and dance all with multilingual features.

The company started to develop the robot back in 2005 in England and after recent technology advancements, has created the third-generation RoboThespian. The robot has been sold to science centers and museums around the world and is also being used for academic research.

The RoboThespian can also be purchased, leased, or rented for anyone who wishes to use one. A RoboThespian is currently on display at NASA’s Kennedy Space Center and the Carnegie Science Center in Pittsburgh.