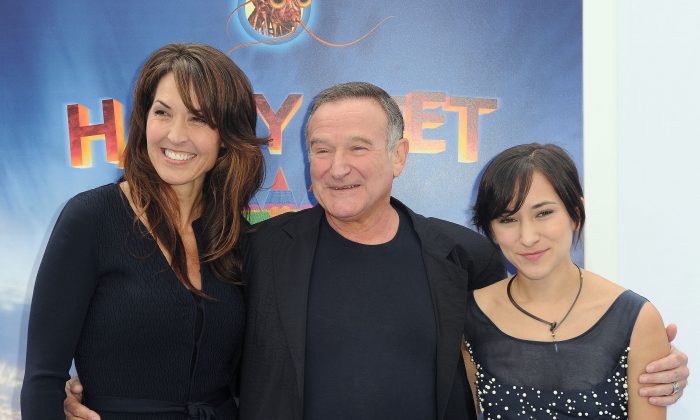 “She’s surprisingly resilient, and she’s looking forward to trying to make something good out of this for others so they don’t have to suffer what she and Robin had to go through,” said Drever.

“Susan is upbeat and has a positive attitude, but it’s very hard for her right now.”

Drever’s son Galen said that Schneider is an “amazing” and “positive” woman.

“She and Robin loved each other very much – they were always together and just the cutest couple ever. It’s hard to lose someone you love. There’s not much anyone can say, more than she is coping the best way she can.”

It was also recently revealed that Schneider had wanted children with Williams.

“It was always a dream for Susan to start a family with Robin,” an insider told Radar Online.

“It would have been nearly impossible for Susan to get pregnant because of her age, 50, but that didn’t stop her from hoping it could happen. They could have used a surrogate or adopted.”