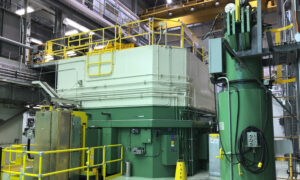 Robin Williams had many timeless roles, but his professor in Good Will Hunting is definitely near the top of his acting list.

Sean Maguire was faced with an impatient genius in Will Hunting, who angered him greatly–but he ultimately imparted his wisdom to Hunting in his own unique way.

Check out some of the top Maguire quotes below:

See you Monday. We’ll be talking about Freud and why he did enough cocaine to kill a small horse.

I just have a little question here. You could be a janitor anywhere. Why did work at the most prestigious technical college in the whole [expletive] world? And why did you sneak around at night and finish other people’s formulas that only one or two people in the world could do and then lie about it? ‘Cause I don’t see a lot of honor in that, Will.

Real loss is only possible when you love something more than you love yourself.

You’ll never have that kind of relationship in a world where you’re afraid to take the first step because all you see is every negative thing 10 miles down the road.

People call those imperfections, but no, that’s the good stuff.

Sean: Thought about what you said to me the other day, about my painting. Stayed up half the night thinking about it. Something occurred to me… fell into a deep peaceful sleep, and haven’t thought about you since. Do you know what occurred to me?

Sean: You’re just a kid, you don’t have the faintest idea what you’re talkin’ about.

Will: Why thank you.

Sean: It’s all right. You’ve never been out of Boston.

Sean: So if I asked you about art, you’d probably give me the skinny on every art book ever written. Michelangelo, you know a lot about him. Life’s work, political aspirations, him and the pope, sexual orientations, the whole works, right? But I’ll bet you can’t tell me what it smells like in the Sistine Chapel. You’ve never actually stood there and looked up at that beautiful ceiling; seen that. If I ask you about women, you’d probably give me a syllabus about your personal favorites. You may have even been laid a few times. But you can’t tell me what it feels like to wake up next to a woman and feel truly happy. You’re a tough kid. And I’d ask you about war, you’d probably throw Shakespeare at me, right, “once more unto the breach dear friends.” But you’ve never been near one. You’ve never held your best friend’s head in your lap, watch him gasp his last breath looking to you for help. I’d ask you about love, you’d probably quote me a sonnet.

But you’ve never looked at a woman and been totally vulnerable. Known someone that could level you with her eyes, feeling like God put an angel on earth just for you. Who could rescue you from the depths of hell. And you wouldn’t know what it’s like to be her angel, to have that love for her, be there forever, through anything, through cancer. And you wouldn’t know about sleeping sitting up in the hospital room for two months, holding her hand, because the doctors could see in your eyes, that the terms “visiting hours” don’t apply to you. You don’t know about real loss, ’cause it only occurs when you’ve loved something more than you love yourself. And I doubt you’ve ever dared to love anybody that much. And look at you… I don’t see an intelligent, confident man… I see a cocky, scared [expletive] kid. But you’re a genius Will. No one denies that. No one could possibly understand the depths of you. But you presume to know everything about me because you saw a painting of mine, and you ripped my [expletive] life apart. You’re an orphan right?

Sean: You think I know the first thing about how hard your life has been, how you feel, who you are, because I read Oliver Twist? Does that encapsulate you? Personally… I don’t give a shit about all that, because you know what, I can’t learn anything from you, I can’t read in some [expletive] book. Unless you want to talk about you, who you are. Then I’m fascinated. I’m in. But you don’t want to do that do you sport? You’re terrified of what you might say. Your move, chief.

Sean: Yep. Day of the game. I was sittin’ in a bar, waitin’ for the game to start, and in walks this girl. Oh, it was an amazing game, though. You know, bottom of the eighth, Carbo ties it up at 6-6. It went to twelve. Bottom of the twelfth, in stepped Carlton Fisk. Old Pudge. Steps up to the plate, you know, and he’s got that weird stance.

Sean: And BAM! He clocks it. High fly ball down the left field line! Thirty-five thousand people, on their feet, yellin’ at the ball, but that’s not because of Fisk. He’s wavin’ at the ball like a madman.

Will: Yeah, and he’s [expletive] bowlin’ police out of the way!

Will: Did you rush the field?

Sean: No, I didn’t rush the [expletive] field; I wasn’t there.

Sean: No – I was in a bar havin’ a drink with my future wife.

Will: To have a [expletive] drink with some lady you never met?

Sean: Yeah, but you shoulda seen her; she was a stunner.

He pushes people away before they get a chance to leave him. It’s a defense mechanism. And for 20 years he’s been alone because of that. And if you push him right now, it’s gonna be the same thing all over again and I’m not gonna let that happen to him.

[Sean reads a note from Will: “Sean, if the Professor calls about that job, just tell him, sorry, I have to go see about a girl.”]

Sean: Son of a [expletive]… He stole my line.