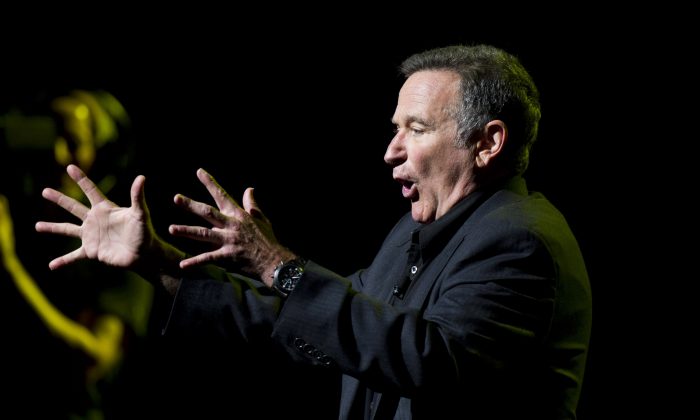 Robin McLaurin Williams, one of the most famous actors of his times, has passed away on Monday morning.

Fans are wondering how Williams died.

The Marin County Sheriff’s Office Coroner Division said in a statement that it suspects that the death is due to suicide from asphyxia.

“But a comprehensive investigation must be completed before a final determination is made,” it emphasized.”

A forensic examination is scheduled for Tuesday.

According to the Emory University School of Medicine, asphyxia literally means suffocation.

Princeton University notes that there are different ways to die from asphyxia.

“The body creates the need to breathe from the excess carbon dioxide in the lungs; the body has no way to detect the absence of oxygen. Many gases, though non-toxic, are classified as simple asphyxiants in their pure form or in high concentrations for this very reason. One form of asphyxiation is from entering a low oxygen atmosphere or an inert atmosphere, such as in a food oil tank that has a covering blanket of nitrogen or argon to shield the oil from atmospheric oxygen, thus absence of sufficient oxygen to sustain life, people act normally but with no warning they simply feel dizzy and then black out in a matter of seconds as the remaining oxygen in the blood stream is consumed,” it said.

“Oxygen deficient atmospheres are the basis for many single and multiple deaths occurring; the deceased will be observed lying prone in the bottom of a tank, and then the observer will rush in to rescue them, and succumb to the same effect, hence the need to vent or purge the inert gases from all tanks before entry. The use of simple asphyxiant gases, such as the inhalation of pure helium for entertainment purposes, has resulted in death and brain injury from oxygen deficiency.”

He was known for his range of film and television roles, including being the alien Mork on Mork & Mindy and his roles on the films Jumanji and Hook.