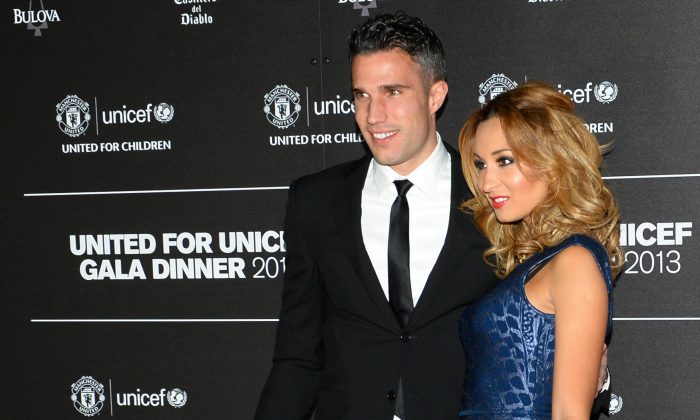 Manchester United's Dutch striker Robin van Persie (L) and his wife Bouchra pose for photographs as the arrive for a gala dinner in aid of UNICEF at Old Trafford in Manchester on November 21, 2013. (PAUL ELLIS/AFP/Getty Images)
Sports

The 2014 Brazil World Cup is well under way, and football fans are wondering about the wives and girlfriends (WAGs) of the various soccer superstars.

Robin van Persie, whose fabulous diving header against Spain in their opening World Cup match will probably be the stuff of legends, is happily married to Bouchra van Persie.

Bouchra, who is of Moroccan and Dutch decent, got married to Robin in 2004. The couple have two children, Dina and Shaqueel.

Here is an AP article on Netherlands’ upcoming match against Australia.