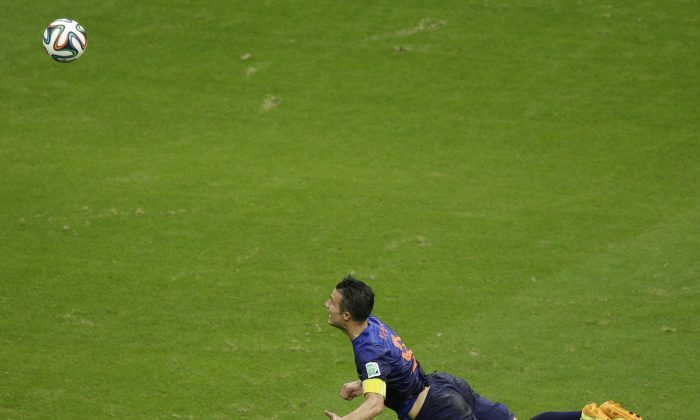 In this Friday, June 13, 2014 photo, Netherlands' Robin van Persie heads the ball to score during the group B World Cup soccer match between Spain and the Netherlands at the Arena Ponte Nova in Salvador, Brazil. The Dutchman's header that looped over a stranded Iker Casillas in the Spain goal was not only very special but historic. By taking his tally to 45 goals for his country, the Manchester United forward also became the first Dutch player to score in three consecutive World Cups.(AP Photo/Christophe Ena)
Soccer

The star striker earned another yellow card while playing against Australia, his second yellow in two consecutive matches. This means he will be suspended for the next match.