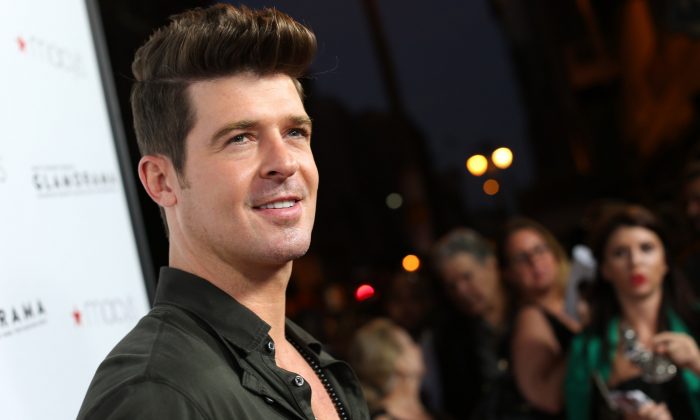 Robin Thicke’s “Blurred Lines,” has sold 190,000 copies in its first week, making it the U.K.’s fastest-selling single so far this year.

The track, featuring rapper T.I. and Pharrell Williams, surpassed Naughty Boy’s “La La La,” which had sold about 145,000 copies in its first week in May, according to Official Charts.

“It’s an honor and a pleasure to be number one in the U.K., … a dream come true,” Thicke told the BBC.

Thicke, 36, is the son of actor Alan Thicke and singer/songwriter Gloria Loring. He is married to his long-time sweetheart, actress Paula Patton, who starred in Hitch (2005),  Deja Vu  (2006), and other movies.

Thicke’s music is influenced by 1970s soul; Biography.com states that Thicke has named Marvin Gaye and Al Green among his influences.