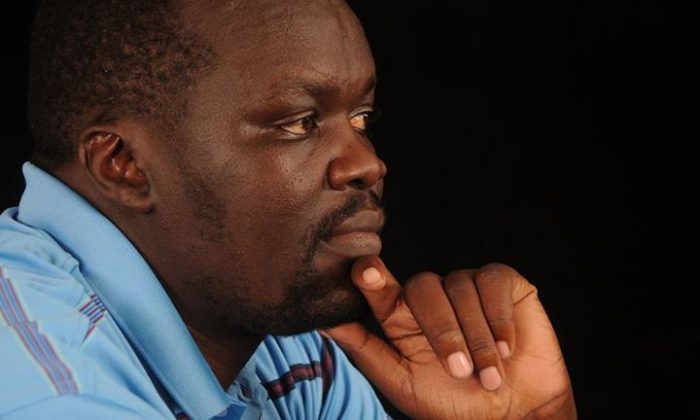 Robert Alai, a Kenyan blogger who earned praise for his coverage of the attack of the Westgate mall in Nairobi, Kenya. (Courtesy of Robert Alai)
Africa

Kenyan blogger Robert Alai has utilized Twitter and Facebook to, over the course of the Westgate mall attack and subsequent hostage situation, deliver live coverage to over 100,000 people.

Alai has earned praise from both fellow Kenyans and people following the situation abroad for his quick updates, a mixture of information from sources and official accounts.

“On behalf of Kenyans in Australia, thanks mate for keeping us updated,” said Daniel Ngari via Twitter to Alai.

“I followed all social media channels and live streams you were both reliable and timely on your info – thank you – good job man!” said Jude Clark, also via Twitter.

The Westgate attack, begun by a group of al-Shabab militants on September 21 in Nairobi at the upscale Westgate mall, ended on Tuesday night. At least 72 have been killed in the attack; over 175 others have been injured.

Alai said in an email that he was motivated to cover the situation for several reasons, including that he’s a curious person and that the government wasn’t putting out information in a timely manner.

“I realised that the government was trying to contain and manage news flow without offering credible information about the attack,” he said. “I decided to defy police and government warning on anybody reporting what the police had not confirmed.”

At different points in time, he criticized Kenyan broadcasters and other news agencies, and the government.

In one case on Monday, Alai said that the Interior Ministry was “not helping with wrong info.”

“Building is on fire on LIVE TV while you claim it has been put out,” he tweeted.

Interior Ministry not helping with wrong info. Building is on fire on LIVE TV while you claim it has been put out. #WestgateAttack

On September 21, he said that the initial reaction by the office of the Inspector General of Kenya’s national police and the Interior Ministry regarding the Westgate attack “shows you what is wrong with our police.”

“This self censoring of Kenyan media will further complicate such attacks. Reality will set in soon,” he tweeted on Saturday.

On Sunday, he said that while it was close to 20 hours after the intial attack, “no single Kenyan media has a 3-D illustration of #WestgateMall.”

At the same time, some of Alai’s information comes from official sources and local news outlets and reporters.

Following the Situation Despite a Risk

Alai, a tech blogger, consultant, and social media strategist, is a controversial figure in Nairobi. He’s been accused of “hate speech” and other similar allegations regarding online postings, and has been sued and arrested in several cases.

“I have been arrested for defying the police and ‘posting annoying messages on Twitter’ before but I decided to take the risk [of live-tweeting the situation],” he told Epoch Times.

Alai has over 82,000 followers on Twitter, having gained more than 10,000 over the course of the Westgate situation, according to one of his followers. He’s also followed by more than 25,000 people on Facebook, where his updates are less frequent (as is usually the case, because Twitter is geared toward faster updates) but shared and liked more.

On Twitter, many people are paying attention to Alai, both inside and outside of Kenya.

For the first day and a half after the initial reports of the attack, Alai stayed up for 32 hours.

After sleeping for about six hours, he woke up and got back online.

“Morning everybody. Talked to officers on the ground. Operation still ongoing. Some hostages killed and body packed in a room,” he said in his first tweet back.

Among being on the leading edge of multiple aspects of the reporting, Alai was one of the first to report that it may be the “White Widow” Samantha Lewthwaite behind the attack, saying that witnesses told him that there was a white woman among the al-Shabab shooters.

On Monday, Kenya’s foreign minister told PBS that a British woman was among the attackers who were killed.

Alai was also one of the first to report that the killed relative of Kenya’s President Uhuru Kenyatta was Kenyatta’s nephew, Mbugua Mwangi.

On the other hand, some people have been displeased with Alai’s reporting, and he himself has admitted that he’s had trouble verifying everything that come through to him.

“Verifying what was being sent to me was the hardest part of this job. Some send you untruths intentionally,” he said. At one point on Monday, he received over 200 images. One that he tweeted out ended up being a Wall Street Journal photo of an explosion in Kenya from May of this year.

“Some of the photos are not authentic,” he said. The photo in question has since been deleted from his Twitter timeline.

In his email to Epoch Times, Alai said that he is very interested in social justice  “Pained when I see someone suffering because of something which can be prevented,” he said. “I am just interested in everyone getting his/her fair share of justice. “

In addition, he said he is patriotic. “I was given a chance to change my nationality. This is a beautiful country with a virgin flora and fauna. I believe in the Kenyan dream.”

MORE coverage on the Westgate attack: