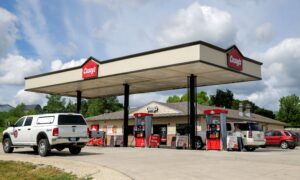 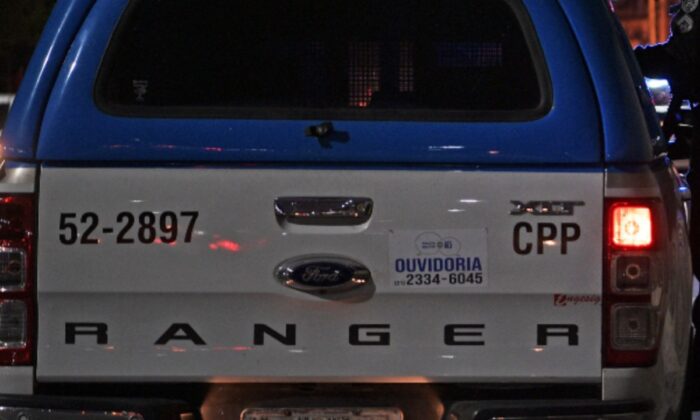 A police car is seen in Brazil in a file photo. (Carl de Souza/AFP via Getty Images)
Americas

The brazen attack around midnight in Araçatuba, a city of roughly 200,000 people in the interior of Sao Paulo state, is the latest in a series of increasingly violent recent bank heists in Brazil.

More than 20 heavily armed men carried out the attack, using 10 cars, Alvaro Camilo, the executive secretary of Sao Paulo’s military police, said at a news conference. As the criminals made their getaway, they used locals as human shields, and burned cars, while leaving a trail of explosive booby traps across the city, the military police said in a statement.

The attackers used drones to monitor the streets as they entered the city, hit the banks, and made their getaway, the statement said.

Camilo urged people not to leave their houses until the explosives have been found and deactivated.

There were two separate firefights with police, and three people died, Camilo said. Two of the fatalities were local residents, while one of the alleged assailants was also killed.

The statement said two attackers had been arrested. One passerby who was injured by an explosion had his leg amputated, it added.

There were more than 350 police in the city, using two helicopters to track down the attackers, Camilo said.

He added that a Banco do Brasil SA branch in Araçatuba was a repository to store cash—something state officials were not aware of.

Late last December, there were two similar bank raids on consecutive days in the cities of Cametá and Criciúma, targeting Banco do Brasil branches in both cases.

Camilo said it was too early to tell where the most recent raid was related to other recent attacks.

Brazil has a long history of bank heists, and major lenders have struggled with a wave of violent robberies in recent years.