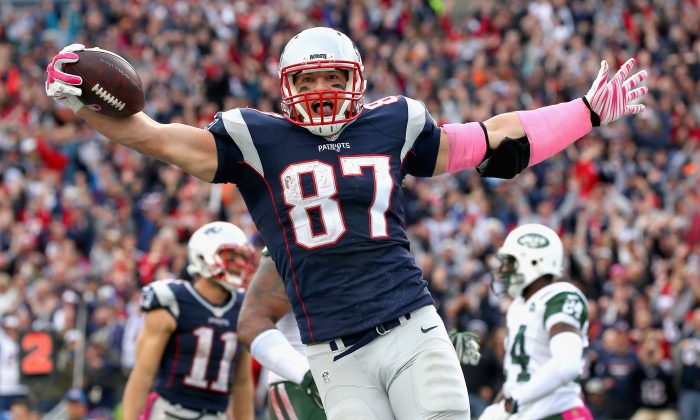 Rob Gronkowski of the New England Patriots has been named an All-Pro three times in his six-year career. (Jim Rogash/Getty Images)
NFL

Rob Gronkowski, the New England Patriots three-time All-Pro tight end, has officially joined Instagram with his first post—a silly video of himself in training, and partying, posted on March 29.

The always-entertaining Gronkowski starts the video on a slide with someone asking him what he’s doing in his offseason. The 6-foot-6, 265-pound Gronkowski (while sitting at the top of a kid’s slide) exclaims,”I’m coming to Instagram!” He then goes down the slide and the video continues with highlights of his training program—as well as him partying it up at a club.

The 26-year-old Gronkowski—who’s already a veteran of six seasons in the NFL—has made four Pro Bowls and is generally considered the best at his position.

The incredibly agile tight end is coming off perhaps his most impressive performance ever—an eight-catch, 144-yard performance against the Denver Broncos in the AFC title game, in which “Gronk” nearly willed the Pats to a win by himself. In the epic performance, Gronkowski made a pair of fourth-down catches on New England’s final drive, to keep their hopes alive—including a TD catch with 12 seconds remaining, that left the Patriots just a two-point conversion away from tying.

But the Broncos got the defensive stop and went on to win the Super Bowl.