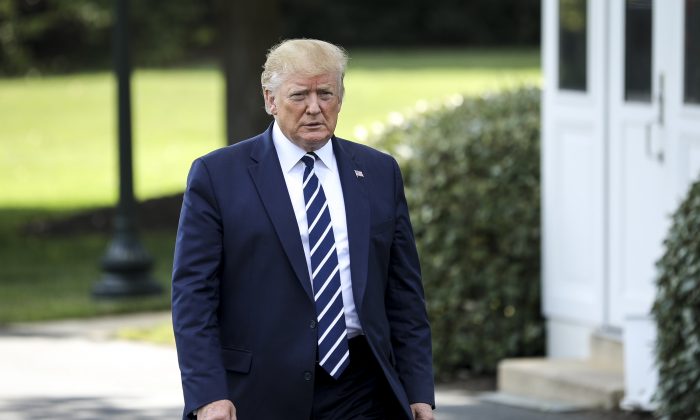 The RNC noted that it has zero dollars in debt, while the DNC reported being $5.7 million in debt, according to FEC filings.

The RNC’s latest fundraising broke records for being the largest ever June haul in a non-presidential year, according to a press release.

“Yet another record-shattering fundraising haul gives us a major advantage over the crowded field of Democrats as the RNC continues investing in our world-class field program and growing our incredible grassroots army,” GOP Chairwoman Ronna McDaniel said in a statement.

“As enthusiasm for this president continues to grow, these resources ensure President Trump and Republicans up and down the ballot are in a strong position to win heading into 2020.”

McDaniel—who first became chairwoman in 2017—has brought in more than $400 million during her tenure, recently passing a milestone in fundraising making.

Trump’s 2020 reelection campaign also reported raising more than $30 million in the first quarter of 2019, far outpacing the haul of every Democratic contender during the same period.

Brad Parscale, Trump’s campaign manager, said that of those who donated to Trump’s reelection campaign in the first quarter this year, more than 50 percent were women. In 2016, only 25 percent of donations came from women, he said at the July 16 campaign event, officially rolling out the “Women for Trump” coalition.

She said that the average amount donated to the reelection campaign this year has been $41.

The low fundraising numbers from the DNC have some in the party panicking as the 2020 election approaches.

“This is a real problem that our party and the major donors are not facing,” Nebraska Democratic Party Chair Jane Kleeb told Vice News on July 20.

Kleeb added that her party has not “received a dime yet” of money promised to them by the DNC earlier in the year. She said as a result, she has not been able to hire the field staff she had been planning to.

Trump officially launched his 2020 reelection bid on June 18, telling a crowd of enthusiastic supporters in Florida that the choice in the upcoming election is between the radical socialism embraced by the Democratic field and his agenda of freedom and the American dream.

The president celebrated the booming economy and cautioned that a vote for any Democrat would erase the progress made since 2017.