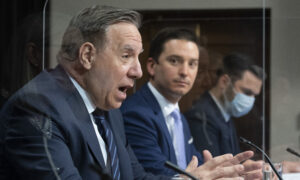 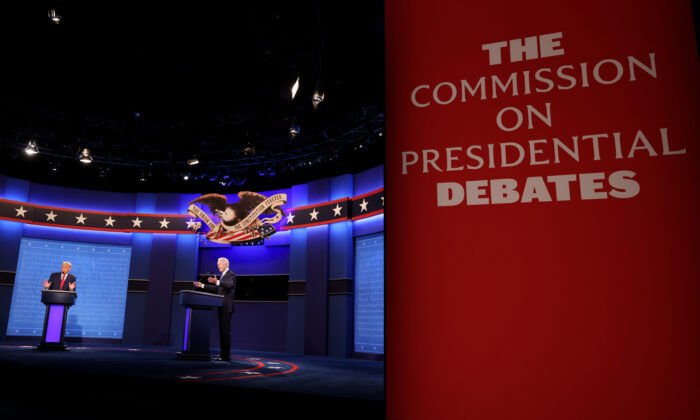 The Republican National Committee (RNC), in a sharply-worded letter Tuesday, threatened to urge GOP candidates not to take part in future televised presidential debates unless the commission that organizes them adopts major reforms.

In the letter, RNC chairwoman Ronna McDaniel accused the Commission on Presidential Debates (CPD) of partisanship and “significant errors” in its organization of the debates between then President Donald Trump and then-presidential candidate Joe Biden.

The commission’s “repeated missteps and the partisan actions of its Board Members make clear that the organization no longer provides the fair and impartial forum for presidential debates which the law requires and the American people deserve,” McDaniel wrote.

She criticized the CPD for waiting to host the first Biden-Trump debate until after the start of early voting in eight states, for switching to a virtual format over the Trump campaign’s objections, for its moderation selection process, and for a technical glitch with plexiglass screens.

McDaniel accused the commission of partisanship, alleging that six of its ten members of the Board of Directors had made disparaging comments about Trump, which she called “appalling.”

She said the commission’s “record of significant errors” calls its “basic competency into question” while accusing the CPD of undermining “the conditions for fair and impartial debates.”

“What began as a nonpartisan organization fulfilling a critical role in the electoral process has now seemingly transformed into a cushy, multi-million dollar club with no accountability and little commitment to partisan balance or fairness,” she wrote, calling for the CPD to “undertake meaningful reforms and work with stakeholders to restore the faith and legitimacy it has lost.”

The reforms she identified include term limits for the CPD’s board of directors, adopting a “code of conduct” that would prevent staff from making public comments for or against any candidate, committing to hosting at least one debate before the start of early voting, and publicly disclosing criteria for moderator selection.

McDaniel warned that, if the CPD does not take steps to “correct its mistakes,” the RNC “will have no choice but to advise future Republican candidates against participating in CPD-hosted debates, and the RNC will look for other options for its candidates to debate the issues before the American people in a neutral and nonpartisan forum.”

The CPD did not immediately respond to a request for comment from The Epoch Times.

During the 2020 presidential campaign, the commission came under fire by Republicans and Trump, who took issue with what he said was bias on the part of some moderators and objected to a virtual format for the second debate, which was ultimately canceled.