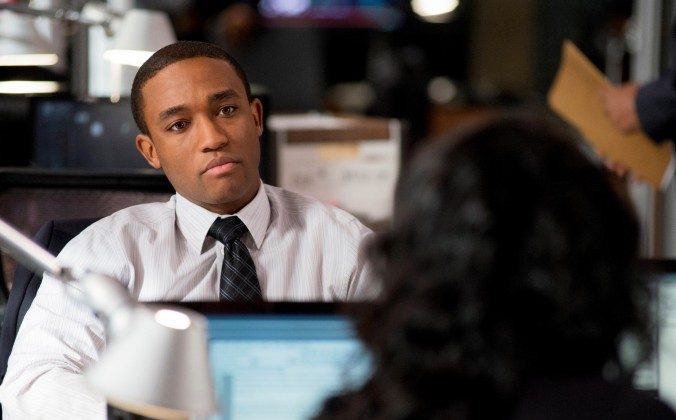 Lee Thompson Young as Detective Barry Frost in "All For One" episode 407 in the TV series, "Rizzoli & Isles." The series will honor him early in season 5. Young passed away on August 19, 2013. (TNT, Eddy Chen)
Entertainment

Season 4 of Rizzoli and Isles was almost done filming when Lee Thompson Young died in August 2013, so the producers decided that he couldn’t properly be honored until season 5.

Angie Harmon (Jane Rizzoli) told fans that episodes 1 and 2 in season 5 will “address or beloved Lee with love, honor, and respect.”

The description for episode 1, “A New Day,” indicates that Jane realizes that the motive behind the murder of a jogger was theft of the woman’s baby.

As that investigation gets underway, Jane attempts to hide her pregnancy from her snooping mother, and Maura and Frankie face the aftermath of their kiss.

“A woman walks into the station covered in blood, carrying a gun, and saying she killed someone. Unfortunately, the trauma of what she did caused her to forget who she is or who the victim is,” the description says. “The team tries to unravel this bizarre case as they deal with the loss of close friend and colleague, Det. Barry Frost.”

Check out some of the sneak peek promos below.