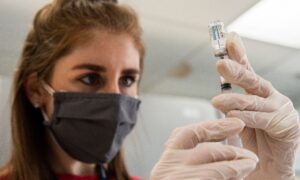 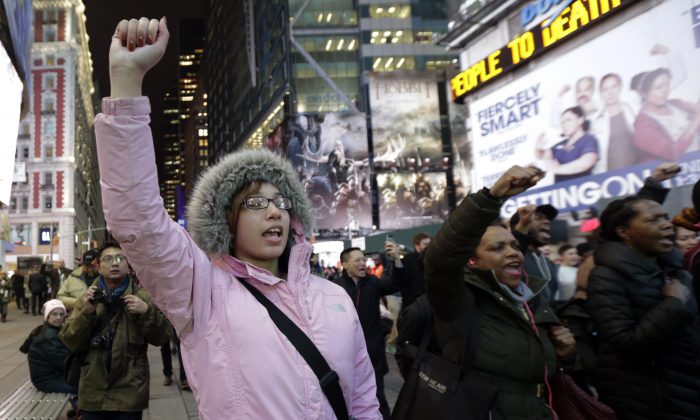 Protestors shout at Times Square after it was announced that the New York City police officer involved in the death of Eric Garner is not being indicted, Wednesday, Dec. 3, 2014, in New York. (AP Photo/Julio Cortez)
US

There were protests across the United States after a Staten Island grand jury’s decision not to indict an NYPD officer who choked and killed a man, Eric Garner, in July.

Most of the protests were centered in New York City, but there were demonstrations in major US cities, including Los Angeles, Oakland, Washington DC, Chicago, Philadelphia, and others. They were mostly peaceful. However, there were rumors of riots on Twitter; the same thing happened after a Missouri grand jury last week didn’t return an indictment for Ferguson police officer Darren Wilson in the killing of black teenager Michael Brown.

In Brooklyn, there was a report of an NYPD car that was lit on fire.

Some of the protesters shut down roads. Many were chanting “I can’t breathe,” referring to what Garner said as he was being choked. Local police departments were seen mobilizing officers.

The NYPD is cutting off train entrances, apparently in an attempt to prevent organized protests. #EricGarner pic.twitter.com/8TvYEFE6vx

Oakland PD mobilizing because the people are taking their rage and sadness to the streets #BlackLivesMatter pic.twitter.com/2JoVPsWkZM