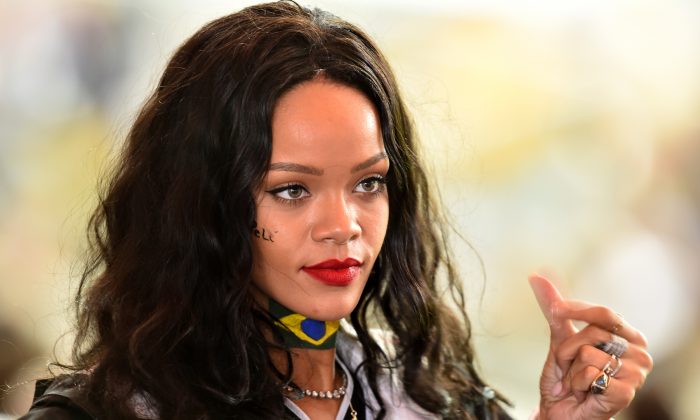 Rihanna hang out with the German soccer team during their post World Cup final celebration.

I touched the cup, held the cup, kissed the cup, took a selfie wit the cup!!! I meeeaan…… what is YO bucket list looking like bruh?

The singer appeared to have a good time with the likes of winning goal scorer Mario Goetze, Lukas Podolski, Bastian Schweinsteiger, and all time World Cup top scorer Miroslav Klose.