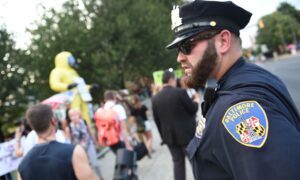 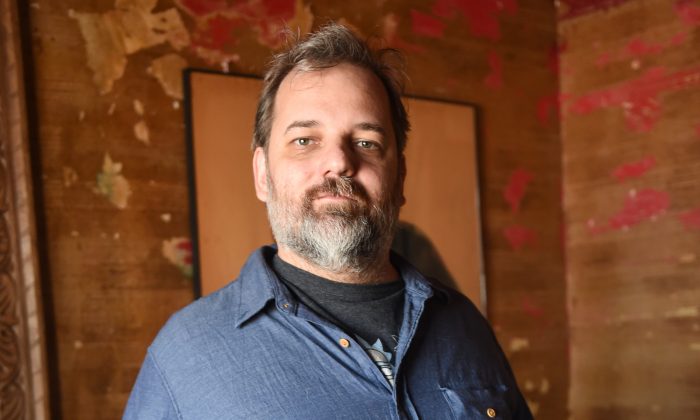 Dan Harmon, the creator of NBC sitcom “Community” and co-creator of the animated series “Rick and Morty,” is the latest Hollywood figure to be mired in controversy over alleged “jokes” centering on pedophilia and rape.

In a comedy pilot screened back in 2009, Harmon, also an actor, plays the role of a child molester named Daryl. The five-minute video posted on Channel 101 was intended to be a parody of sorts, with the site describing the project as a “groundbreaking new show about the darker side of therapy.”

“What seems to be troubling you?” a man playing the role of a therapist asks Harmon in the video.

“Can I trust you?” Harmon responds, in character as Daryl.

“Of course, you can trust me. I’m your therapist,” the other actor replies.

Harmon then remarks, “I rape babies.”

The 45-year-old producer appears to be somewhat aware he could be crossing the line, offering up a short disclaimer at the beginning of the video.

“You’re about to watch my controversial new pilot, Daryl,” he says. “Now I have to warn you, I originally made it with Showtime for their audience because it’s a little groundbreaking for normal people to handle. But maybe you’ll surprise me. Good luck.”

Other scenes throughout the show are similarly disturbing. At one point, Harmon rubs his private parts on a plastic baby doll.

In the wake of the video resurfacing online, Harmon reportedly deleted his official Twitter account. As recorded in a saved archive of his account, the creator had about 619,000 followers as of January. A representative of Harmon did not immediately respond to a request for comment.

Harmon is the latest in a series of recent incidents involving high-profile Hollywood figures caught up in controversy over jokes on pedophilia. Director James Gunn was fired by Disney on July 20, after a series of inappropriate Twitter posts was dug up and reported on by a number of media outlets.

Gunn, who directed the “Guardians of the Galaxy” movies and produced “Avengers: Infinity War,” attempted to defend tweets he posted that made light of pedophilia, child abuse, and rape.

“Many people who have followed my career know when I started, I viewed myself as a provocateur, making movies and telling jokes that were outrageous and taboo,” Gunn wrote in a series of statements on his personal account on July 19. “As I have discussed publicly many times, as I’ve developed as a person, so has my work and my humor.”

1. Many people who have followed my career know when I started, I viewed myself as a provocateur, making movies and telling jokes that were outrageous and taboo. As I have discussed publicly many times, as I’ve developed as a person, so has my work and my humor.

In the past, Gunn has made fun of the Holocaust, AIDS, and the 9/11 terror attacks, and has frequently tweeted negative comments about President Donald Trump.

“For the record, when I made these shocking jokes, I wasn’t living them out. I know this is a weird statement to make, and seems obvious, but, still, here I am, saying it,” he wrote.

Gunn’s tweets have since been criticized and caught the attention of lawmakers. Sen. Ted Cruz (R-Texas) called for him to face a judge.

“Wow. These #JamesGunn tweets are just horrible. Child rape is no laughing matter. As Texas SG, I handled far too many child sexual assaults,” Cruz said on July 21. “Truly evil. I’m glad Disney fired him, but if these tweets are true, he needs to be prosecuted.”

Wow. These #JamesGunn tweets are just horrible. Child rape is no laughing matter. As Texas SG, I handled far too many child sexual assaults. Truly evil. I’m glad Disney fired him, but if these tweets are true, he needs to be prosecuted. pic.twitter.com/1IgHC18J4x

A Disney representative called Gunn’s Twitter feed “offensive” and “indefensible” in a statement announcing his firing.

In one of many such posts, Black wrote: “Now that the kids are in bed, I feel like I should probably put my pants back on.”

In December last year, Disney executive Jon Healy, 58, was charged with felony child sex abuse for assaulting two underage girls about a decade ago. Healy, the director of music publishing at Disney, allegedly abused the first girl when she was 15 and began abusing the second girl when she was 11 and continued until she was 15.

The trend of revealing the offensive comments could be attributed to Weinstein’s high-profile case, which also inspired the #MeToo movement encouraging women to publicize their experiences of sexual assault.

In another high-profile case, former “Smallville” actress Allison Mack was arrested over sex-trafficking charges and conspiracy to commit forced labor. Mack was allegedly the second in command in the NXIVM secret society. She was released on a $5 million bond amid an ongoing investigation.