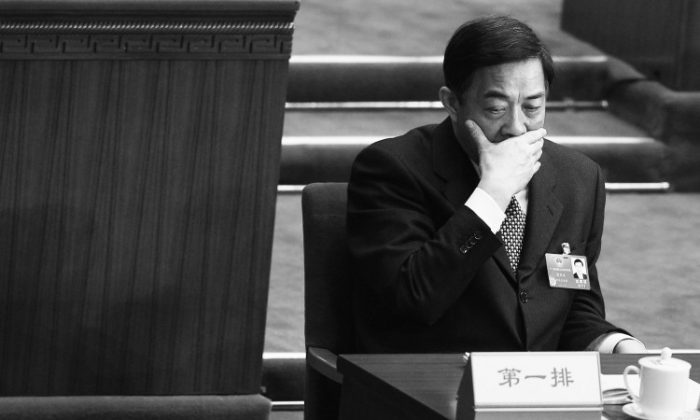 Rewarded for Torture: The Rise of Bo Xilai in China

The beatings police gave Falun Gong practitioners on July 20, 1999 on the streets of Dalian City were brutal, according to a report on Clearwisdom, a Falun Gong website.

Thousands of Falun Gong practitioners had gathered to appeal for the release of practitioners arrested the night before—the official beginning, in Dalian, of the nationwide campaign to “eradicate” Falun Gong, launched by the then-head of the Chinese Communist Party (CCP), Jiang Zemin.

The practitioners had formed themselves into four lines on the sidewalk near the city government buildings, held hands, and peacefully asked for the release of their fellow believers.

At around 7 a.m., groups of police began attacking. A male practitioner would be jerked out of the line and surrounded by several police who would kick him, beat him, shock him with electric batons, and hit him with hard rubber nightsticks. The beatings continued throughout the day, with fresh police brought in from the suburbs to keep the beatings going.

In a black Audi nearby, watching the violence, sat the mayor of Dalian City, Bo Xilai, according to the journalist Jiang Weiping, recipient of a 2001 International Press Freedom Award from the Committee to Protect Journalists.

After publishing an article accusing Bo of corruption, Jiang Weiping was convicted in 2002 of exposing state secrets and inciting subversion. Released in 2009, he now lives in Canada with his family.

In a 2009 article, Jiang Weiping quotes Bo’s driver, a man named Wang, who overheard Bo tell a police chief, “These Falun Gong practitioners are so united and effective. We can’t afford not to arrest and beat them up. You guys need to beat them up real hard. They deserve it if they’re beaten to death, and the government will shoulder the responsibility.”

Bo Xilai is now notorious as the head of the CCP in the Chinese mega city of Chongqing, who was accused in early February by his former police chief, Wang Lijun, of plotting a coup to oust the presumptive next head of the CCP, Xi Jinping.

In 1999, Bo was 51 years of age and, while the mayor of the second-largest city in Liaoning Province, was on the outside of the CCP’s elite.

Bo had his reasons for brutality towards practitioners. Wang related to the journalist Jiang something the CCP head Jiang Zemin had told Bo, “You must show your toughness in handling Falun Gong much like the toughness shown by Hu Jintao in handling the 1989 Tibetan riot; it will be your political capital.”

Bo knew that Jiang Zemin had close ties with Bo’s father, Bo Yibo, one of the “eight immortals” of the CCP. Jiang Zemin’s example of Hu Jintao, who had already been named as Jiang Zemin’s successor, would have suggested to Bo that one day he could also be head of the CCP, if he played his cards right.

In any case, Jiang Zemin needed allies to carry out his new campaign against Falun Gong, also known as Falun Dafa.

After this spiritual practice was first taught to the public in China in May, 1992, it had spread rapidly. It features five meditative exercises, and teachings based on the principles of truthfulness, compassion, and tolerance.

In a letter to the Politburo dated April 25, 1999, Jiang Zemin had argued for suppressing Falun Gong because he feared how popular it was—with an estimated 100 million people having taken up the practice there were more practitioners than Party members, and he feared that the Chinese people would prefer the teachings of Falun Gong to the ideology of the CCP.

Jiang’s decision to target Falun Gong was not popular. According to an article published in the Feb. 2, 2011, edition of Hong Kong’s Frontline magazine, his proposal to persecute Falun Gong was met with disagreement in the Politburo Standing Committee and in his own home. He had to “unify”—CCP jargon for the general secretary imposing his will—the opinions of the Standing Committee of the Politburo in order to push his campaign forward.

Continued on the next page: Bo’s Persecution