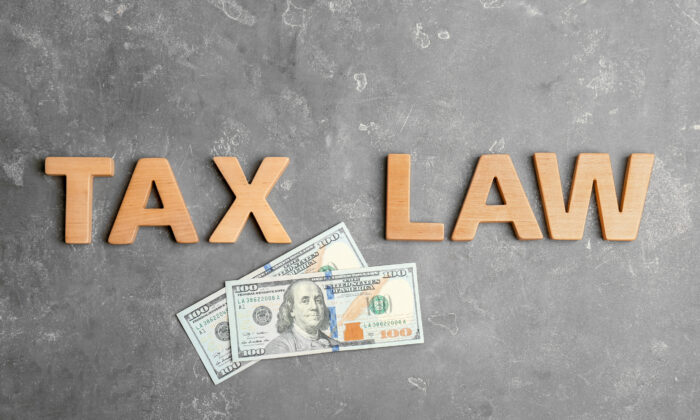 The next time Republicans control all three branches of government, they may wish to visit an old idea—the flat tax.

When magazine publisher and Republican Steve Forbes ran for president in 1996, the flat tax was at the heart of his campaign. Forbes lost the nomination to Bob Dole, who lost the election to Bill Clinton.

Coupled with a serious reduction in wasteful and unnecessary spending, a flat tax could revive the economy for decades to come.

Forbes proposed a 17 percent flat tax with generous exemptions of $13,000 for each adult and $5,000 for each child. He proposed eliminating “unfair double taxation of personal savings, Social Security, pensions, capital gains, and dividend income … [effectively turning] all savings and investment accounts into Roth IRAs: You deposit after-tax income, let your money multiply in value with compound interest, and then withdraw your money tax-free.”

Forbes also wanted to erase “the unfair alternative minimum tax and ‘death’ taxes,” calling them “regressive taxes that hurt working families, small business owners and especially farmers who want to pass their farms on to their children.”

There was much more, including necessary reforms in Social Security and Medicare, but the flat tax was key.

Democrats, especially, have benefited politically from the graduated income tax. Although the nonpartisan Tax Policy Center estimates that 57 percent of U.S. households paid no federal taxes in 2021, up substantially from the 44 percent before the pandemic, Democrats have repeatedly made political hay out of denouncing “the rich” and “big corporations” for not paying their “fair share.” The flat tax would eliminate the class envy argument, abolish the hated Internal Revenue Service (IRS), and put more money in the pockets of people who earn it, instead of sending greater amounts to the government, which only knows how to spend and misspend it. Read more about the original Forbes flat tax, and notice how it shifts the economic power from Washington to us.

I emailed Forbes requesting an update and he responded: “The flat tax is simple, comprehensible, and fair. The only deductions would be for yourself, your spouse, and your children. It would also be simple for businesses—deduct from revenue the actual costs of doing business such as labor and materials; investments would also be instantly expensed. … With the flat tax, the country would blossom and the politics would be less polluted (no more neverending lobbying for special interest tax breaks and credits).”

Forbes also spoke of its “moral dimension”: “The IRS has estimated that we spend over 6 billion hours a year filling out tax forms. Experts also calculate that we spend the equivalent of between $200 to $400 billion a year complying with this currently corrupt monstrosity.”

The Tax Code is a foreign language to many. As of 2018, it comprised 60,000 pages in 54 volumes. According to The Tax Foundation, the nation’s leading independent tax policy 501(c)(3) nonprofit, the United States ranks 21st out of 37 nations in tax simplicity. Estonia has been first for eight straight years. Maybe we could learn from them.

Look at states with no state taxes to see their prosperity. It’s a major reason so many Americans are moving from high-tax states to those with lower or no state taxes. Unfortunately, one cannot escape the long arm of the IRS.

A flat tax and the elimination of the IRS might help reduce the anger many people have about Washington and big spending politicians, but that would mean Democrat politicians could no longer have the issue, and having the issue serves their political interests.