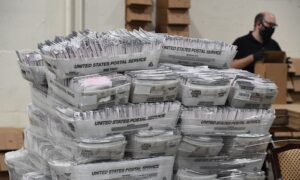 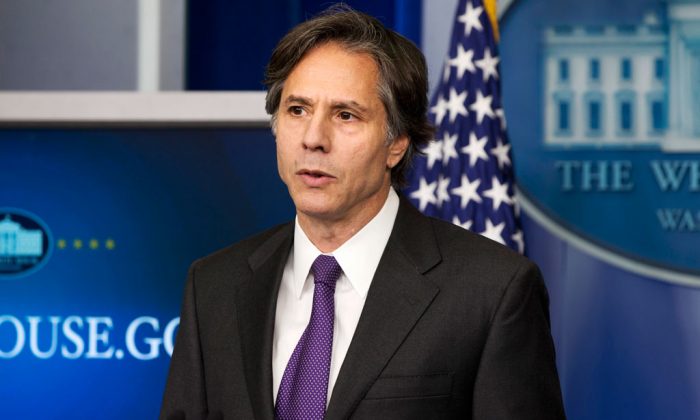 Revenge of the Swamp Creatures

The Biden–Harris campaign has announced a string of potential administration appointees that reads like the B-team of leftovers from the Obama and Clinton eras.

Tony Blinken, who served as deputy secretary of state under John Kerry, moves up a slot to become secretary. He has openly pledged to reopen the Palestine Liberation Organization office in Washington, restore aid to the Palestinians, rejoin the World Health Organization, and—most importantly—to resume the failed Iran nuclear deal without precondition.

As director of national intelligence comes Avril Haines, a John Brennan protégé who served under Brennan and Susan Rice at the National Security Council and then joined Brennan at the CIA as a deputy. She will immediately shut down all investigations of voter fraud and election interference, and halt the declassification of documents relating to the alleged illegal surveillance of the Trump 2016 campaign and the Trump White House by rogue U.S. intelligence agencies.

As a top White House adviser, Biden has named Steve Ricchetti, an uber-lobbyist whose family lobbying firm took $40,000 from a U.S. company in the third quarter of 2020 to lobby Congress on U.S.–China trade issues, and who personally represented Big Pharma during the first Obama term. While working under Commerce Secretary Bill Daley in 1999–2000, Ricchetti labored hard to convince Congress to grant communist China Most Favored Nation status, the cherry on the top of the Clinton giveaways to Beijing in its marathon to overtake America as the world’s largest economy.

Also at the White House, Biden tapped Jake Sullivan as national security adviser, a longtime Hillary Clinton crony. Sullivan is best known for his role in crafting deceitful talking points for Rice, then the U.S. ambassador to the United Nations, claiming that a YouTube video sparked the attack on the U.S. consular facility in Benghazi on Sept. 11, 2012.

There are a dozen others, all of them well-known swamp creatures who understand how Washington “works.” They will ensure that Trump holdovers are quickly removed from office, even those who won appointments through the bureaucratic progress and not as political appointees. Trump should have done the same during his first month in office, but Republicans are too polite to purge the bureaucracy of political enemies.

That failure led to three years of a failed Russia probe against the president, and the phony Ukraine impeachment.

Even before these nominations were announced, reaction to a potential Biden–Harris administration throughout the Middle East has been strong and unequivocal.

Egyptian President Abdel Fattah al-Sisi and a group of conservative Saudi clerics warned the former vice president not to repeat the errors of his earlier term of office, when he and President Barack Obama, Secretary of State Clinton, and Brennan embraced the Muslim Brotherhood and other radical jihadi groups. That lead to the collapse of pro-American regimes in Egypt, Libya, and Tunisia, an endless civil war in Syria, and the rise of ISIS.

The United Arab Emirates is worried that a Biden administration will punish it for entering the Abraham peace accords with Israel by canceling a deal to sell them the F-35 joint strike fighter. And, of course, Israel is worried that Biden will remove the U.S. Embassy from Israel’s capital, Jerusalem, and return it to Tel Aviv to punish the Israeli government for not making peace with the Palestinians before making peace with other Arab states.

Worried that Biden will make good on his promise to resume the failed Iran deal, the king of Saudi Arabia has warned world leaders to take a “firm stance against Iran [to] guarantee that the Iranian regime is prevented from obtaining weapons of mass destruction.”

Only in Tehran were leaders taking a victory lap. President Hassan Rouhani boasted that the Biden administration will “surrender to the Iranian nation,” while state-run media editors seemed to be vying for a prize for the most insulting anti-Trump headlines.

Iran’s leaders have every reason to rejoice in Trump’s apparent defeat. The Iranian economy is on the verge of collapse as a result of U.S. economic sanctions, while domestic unrest has been on the rise. They are counting on a President Biden to make good on his campaign promises to lift U.S. sanctions and immediately rejoin the failed Iran deal, without demanding any concessions in return.

Biden was a strong backer of the Iran nuclear deal and his apparent election victory was immediately applauded by Tehran’s chief unofficial lobbyist in the United States as a “ray of hope piercing through the dark.”

Critics of the deal, including myself, have long argued that it provided a roadmap to Iran for acquiring nuclear weapons by allowing Iran to continue developing new generations of uranium enrichment centrifuges and to operate research facilities working on nuclear weapons design.

In its latest report on Iran’s nuclear program, the International Atomic Energy Agency in Vienna noted that Iran has now produced about 3,614 kilograms of enriched uranium, more than 12 times the amount allowed under the Iran nuclear deal, despite Iran’s pledge to uphold the limits of the deal after the U.S. withdrawal so it could continue trading with Europe. Biden and his advisers have all said they wouldn’t require Iran to get rid of the excess.

The Institute for Science and International Security, a respected nuclear watchdog organization, reported recently that Iran has built yet another secret nuclear weapons test development site, buried inside a mountain near Marivan, south of Tehran.

While most Americans will see Biden’s national security team as the revenge of the swamp creatures, Iran sees them as an opportunity, while Israel and Saudi Arabia see the Biden team and their Iran policy as an outright threat to their security.

Kenneth R. Timmerman is the best-selling author of “Deception: The Making of the YouTube Video Hillary and Obama blamed for Benghazi” and 10 other works of non-fiction, including “Countdown to Crisis: The Coming Nuclear Showdown with Iran.” Ken’s fictional account of the 2020 election, “The Election Heist,” was released by Post Hill Press in August. He was a member of the national security and foreign policy advisory board of Trump for President and was co-nominated for the Nobel Peace Prize in 2006 with Ambassador John Bolton for his work on Iran.