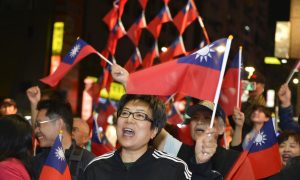 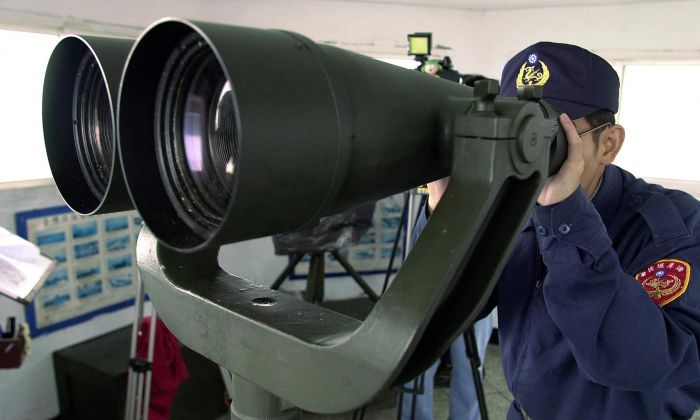 Two retired lieutenant colonels in Taiwan were recently found guilty of trying to collect military secrets for the Chinese regime.

Both went to China for business after retiring from the Taiwan military, and were recruited to become spies for the Chinese Communist Party.

For decades, Beijing has been active with collecting intelligence from Taiwan, particularly targeting active and retired military officers. The Chinese regime considers the island to be a province of its own, though Taiwan has its own democratically elected government, currency, and military.

Beijing has never renounced the use of military force to unite the island with the mainland, hence its efforts in utilizing Taiwan military intelligence for its agenda.

The two retired officers tried to recruit other compatriots to work for Beijing. The latter thus reported their suspicious activity to Taiwan’s Ministry of National Defense (MND), which led to their arrest.

Bian Pong, 55, retired from the MND Telecommunications Development Office in 2010 as lieutenant colonel. That office is an intelligence agency within MND in charge of intercepting and deciphering of air signals from the Chinese regime, as well as monitoring space satellites.

According to the complaint by New Taipei District Prosecutors Office, Bian went to China for business purposes and became a spy under a Chinese official named Wang Yongxu beginning in 2015. Wang was director of the 11th Office of the Fujian provincial government, and a Chinese Air Force Major General, according to Taiwanese media.

The 11th Office is located on Xihong Road in Fuzhou City. In public documents, the office is said to be a trading department. However, there are no details about their businesses or products.

Wang asked Bian to obtain classified military reports, but because of Bian’s retired status, he was unable to. Bian, however, did print out an unclassified defense report from the MND website and passed it on to Wang, on his orders.

Bian invited a retired Taiwanese air force colonel surnamed Fan to visit China and meet with Wang—who introduced himself as a Chinese businessman—in 2015 and 2016, in an attempt to gain intel from him.

During the 2016 trip, Bian, Wang, and four Chinese air force officers began discussing how Taiwan’s air force performed night combats, island tactics, air combat drills, and so on. Fan became suspicious about the motivation for inviting him to China and reported Bian to MND after he returned to Taiwan.

Lin Shih Bin, 58, retired from his post as lietenant colonel at the Taiwan National Chung-Shan Institute of Science and Technology, a military R&D center within the MND, in 2005. He became a spy for China in 2009 when he visited for business.

Wang was also Lin’s supervisor,  but Lin and Bian did not know each other.

In 2010, Lin arranged You to visit Shanghai and Hangzhou City, and met with Wang. When Wang tried to talk about Taiwan’s Air Force, this alerted You that he was not simply a Chinese businessman.

Back in October 2016, then-MND spokesman Chen Jhong-Ji said that many active and retired military officers were lured by the Chinese regime to conduct espionage using three methods: using evidence against them, throwing money, and a honey trap.”

Chen gave the case of Lo Hsien-che as the most serious one.

Lo Hsien-che, 60, was a major general and head of the Electronic Communications and Information Department of Taiwan’s army when he was arrested in 2011. He was also the director of “Po Sheng Operation,” the electronic warfare communications network that connects Taiwan army, navy, and air force, with their U.S. partners.

During a court trial in 2011, Lo confessed that he got involved with a “tall, beautiful, and chic” woman when he was stationed in Thailand between 2002 to 2005, though he had a wife and two children back home. The woman was sent by Beijing, and their sexual behavior was taped.

Lo supplied military secrets to Beijing during his time in Thailand and when he moved back to Taiwan. Lo had delivered secrets at least five times. Each time, Lo received $100,000 to $200,000 as payments.

Lo was sentenced to life imprisonment.