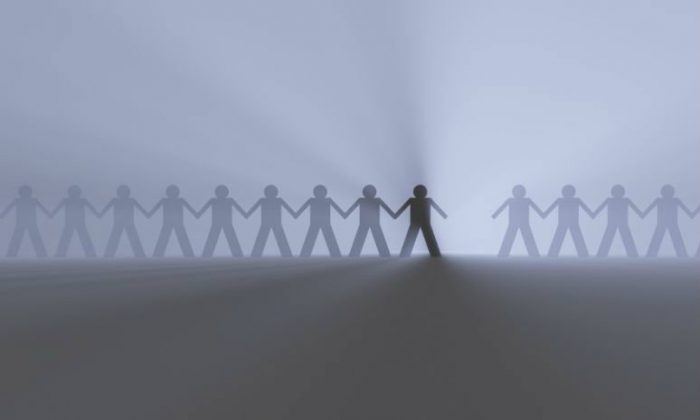 TORONTO—David Paulides, who has more than 20 years’ experience in law enforcement, has analyzed missing persons cases across North America and has found some startling similarities.

Local authorities usually view these cases from a local perspective, but Paulides has stepped back to see how all the pieces fit into a bigger puzzle. And he has found that puzzle puzzling indeed.

“It’s like something out of the X-files,” Paulides said during a talk at the University of Toronto on May 21. He has collected some 2,000 cases that have similar, mysterious, characteristics.

They are clustered in certain areas, particularly around bodies of water and in national parks. If the people are found alive, they often have memory loss. If they are found dead, the cause of death is hard to determine. The people are sometimes found in an area it seems they could not have reached by foot, or they are found in a location that has already been thoroughly searched.

Paulides gave the example of a little boy whose body was found lying on a fallen tree trunk. This tree was lying across the trail searchers had taken for days before the body appeared there.

People are often missing clothes and shoes. Search and rescue dogs are strangely unable to pick up the scent, Paulides said. Some canine handlers have told Paulides their search dogs act strangely, walking a little ways, circling, then sitting down.

Investigators don’t find any tracks and the incidents often happen in areas not known for dangerous wildlife, nor do the bodies appear mauled.

The people who go missing are often at two ends of the spectrum when it comes to mental capacity. They are either disabled or brilliant, Paulides said. “I’m talking about super brilliant,” he added.

The companions of the people who go missing often say, “Somehow, we just got separated.”

Paulides discussed dozens of the cases he has investigated. He has obtained official reports through freedom of information act (FOIA) requests, some of which were heavily redacted. He has talked to the local investigators on the cases, interviewed witnesses, and consulted with medical examiners. But, he noted, “I’m just talking about 2 percent of 2,000 cases I’ve documented.”

His investigations began in 2009, when he was already retired from the San Jose police force. Two park rangers who had both worked at several parks told him they believed many strange missing persons cases in the parks warranted further investigation.

Since then, Paulides has expanded his search to urban areas where he has found cases with similar characteristics. And they aren’t all modern either; he’s looked as far back as the 19th century and found similar disappearances.

Paulides gave some examples of people who were in one place one moment, then another place—far removed—shortly thereafter. In the cases of two toddlers, this puzzling characteristic is especially prevalent, since the toddlers were clearly not mobile enough to have covered the vast distances themselves.

On July 13, 1957, 2-year-old David Allen Scott went missing in the Twin Lakes area of the Sierra Nevada mountains. His father saw him, went into his camper momentarily, and when he came out the boy was gone.

The area didn’t have much coverage, visibility was good, but searchers couldn’t find the boy until three days later—after going up one side of a nearby mountain, down the other side of it, and up the side of another mountain.

“He [could] barely walk across a parking lot,” Paulides said. Clearly Scott did not make the journey himself.

Another 2-year-old, Keith Parkins, went missing near his home in Ritter, Ore., on April 10, 1952. He ran around the barn and wasn’t seen again until he was found alive 19 hours later some 15 miles away, face-down on an iced-over pond.

The missing persons are often found in bodies of water, but these are far from clear-cut cases of drowning, Paulides said. Many of the cases Paulides has examined took place around the Great Lakes, but also around bodies of water in urban and other areas.

Jelani Brinson, a 24-year-old college soccer star was found in a golf-course pond in Anoka, Minn. He went missing from a friends’ home on April 17, 2009, at 10:30 p.m. Investigators found his hat in one backyard nearby, his shoes in another.

It had been raining for days and the golf course was muddy, yet Brinson’s socks were clean. It seems he did not walk there, but was placed in the pond by someone.

“He didn’t drown,” Paulides said. The cause of death remains undetermined. Furthermore, his is one death among many in a cluster Paulides identified in the area.

Paulides has written multiple books on his investigations, including, “Missing 411: A Sobering Coincidence,” which deals with young men who disappear in urban settings near water. Most cases are in Minnesota and Wisconsin.

Typically, the young men are in a bar drinking with friends and no one sees them leave. Days later they are found dead in the water. Though it is easy to assume upon first glance that intoxication caused the men to fall into the water and drown, Paulides said it’s not that simple.

For example, it often happens that a young man missing for several days is found, but the coroner can see that the body was only in the water for a few days. This is true also of cases in the parks and wilderness areas.

Similar cases have appeared in other places around the world, although Paulides has not investigated all of these in depth.

Recently, “Manchester canal deaths” have gotten some attention. UK newspapers have speculated that the dozens of bodies, mostly men, found in a canal in Manchester over the past several years may be the work of a serial killer, dubbed “The Pusher.”

But Paulides said the canal is shallow, and it’s strange that these men would drown in it. He wonders if there’s more to the story.

While many people have attached their own explanations to Paulides’s work—speculating it was Bigfoot or aliens, among other theories—Paulides reserves judgment on this issue.

“Folks, I have never given you a theory. I have given you a series of facts,” he said. “What happens if I come out and I tell you, ‘It’s that.’ And then the next day somebody comes out and proves it can’t be that. My credibility is shot.”

But he does hint that something out of the ordinary may be behind these events.

He wrote to Epoch Times in a follow-up email after his talk: “It would be easy to come to a rational explanation on many cases. With a background of hundreds of exactly the same cases, the perspective changes.”