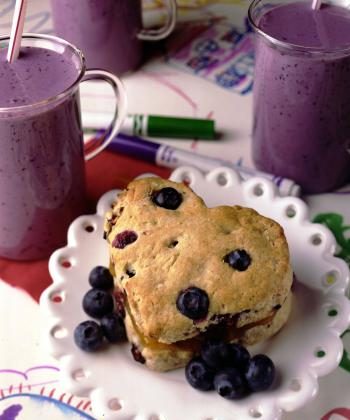 British Columbia is the largest blueberry producer in Canada and the second largest in the world after Michigan in the United States. (Courtesy of the BC Blueberry Council)
Business & Economy

US Retailers Pull out All Stops to Attract Holiday Shoppers

NEW YORK—This holiday shopping season is turning out like no other we have previously witnessed.

Such trends, coupled with an economy in which many households still struggle to pay their bills, are prompting retailers to ramp up holiday promotions earlier than ever—on the Internet, not in stores.

Some of the biggest retailer networks have expanded their promotions online, starting with free shipping. For the consumer this means less schlepping, more browsing.

Wal-Mart Stores Inc., the Bentonville, Ark.-based retail giant, is offering free shipping on around 60,000 holiday-related products on its website. Items affected include video games, jewelry, and electronics, according to the company. The promotion will run through Dec. 20.

Its rival Target Corp. just raised the stakes. It announced its biggest free-shipping event ever, according to a statement from the company, via its Target.com website. From Nov. 21 to Dec. 11, Target plans to offer free shipping on more than 600,000 items including toys, furniture, appliances, and décor items.

“This year we have enhanced that [online] experience by quadrupling the number of items eligible for free shipping,” declared Steve Eastman, president of Target.com in a statement.

Traditionally, Black Friday, or the Friday after Thanksgiving Thursday, is the biggest in-store shopping event of the year. The following Monday—dubbed Cyber Monday—is usually the biggest online shopping day of the year, with many online retailers offering their steepest discounts.

But the Minneapolis, Minn.-based Target is upping the ante this year. Taking advantage of closed stores on Thanksgiving Day, Target is pre-empting Cyber Monday by offering an exclusive online sales event on Thanksgiving Day, one day prior to Black Friday. Shoppers will find electronics at up to 50 percent off, including cameras, Blu-ray players, and television sets, Target says.

J.C. Penney, Kohl's, and other retailers have announced similar offers.