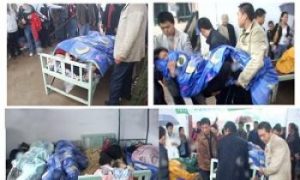 The Hamas government in Gaza last week, banned women and minors from smoking traditional water pipes in public, saying it violates traditional customs, according to the Egypt Daily News. The water pipes, loaded with flavored tobacco, are a very popular leisure activity throughout the Arab world.

Critics say the ban will hurt business owners in the blockaded city, though according to the report few women smoked in public before the ban.

“Violators of public chastity should be punished by being sentenced to up to two months in jail or 74 lashes,” he said, according to a Reuters report.