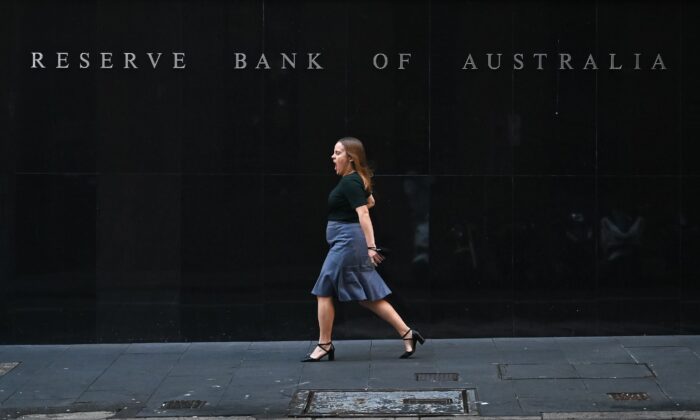 The Reserve Bank of Australia (RBA) is no longer reiterating its willingness “to be patient,” a line that previously replaced its guidance that the cash rate would not rise before 2024, meaning an interest rate hike may be on the horizon.

In the RBA board minutes for April, it was noted that both inflation and wages growth had picked up. Inflation was expected to further increase, while wages growth in aggregate terms was still below target levels.

“These developments have brought forward the likely timing of the first increase in interest rates. Over coming months, important additional evidence will be available on both inflation and the evolution of labour costs,” the board said.

The coming interest rate hike will be the first cash rate increase in Australia since November 2010.

Data for the consumer price index (CPI) in March will be published on April 27, with the RBA expecting the annual inflation numbers to be above three percent, its inflation target range ceiling. Meanwhile, the wages price index (WPI) for the same period is due on May 18.

These two datasets will be the last piece of information on inflation and the labour market that the RBA wants to see before it makes its first move on monetary policy in over 16 months, according to Commonwealth Bank of Australia (CBA) economist Stephen Wu.

“Our central scenario remains that the RBA will begin normalising the cash rate after seeing both the WPI and labour costs data,” Wu said.

Economists have agreed that June will mark the beginning of the normalisation of Australia’s cash rate.

CBA and ANZ Bank forecast a 15 basis point (bp) cash rate hike in July, followed by a further 25 bp hikes in the following months, with ANZ forecasting a cash rate at 1 percent by the end of 2022.

Westpac Bank also believes the RBA’s first move will be a 15 bp hike in July but is expecting the cash rate to reach 125 bp (1.25 percent) by December, a full 1 percent hike between August and December.

Central banks of many other advanced economies, including the United States, the United Kindgom, Canada, and New Zealand have already hiked their official interest rates in response to ballooning inflation.

However, the RBA previously noted that unlike other countries, Australia’s inflation rate was notably lower compared to the levels seen elsewhere, such as 8.5 percent in the U.S. and 7 percent in the UK.

“Our inflation rate is half that of the U.S., and labour cost growth is half that in the U.S.,” RBA governor Philip Lowe said in February. “These are important differences. Our lower rate of inflation and low wages growth are key reasons we don’t need to move in lockstep with others.”

The CBA is forecasting an annual underlying inflation rate of 3.4 percent, while the RBA is expecting inflation to reach 3.75 percent in June, a forecast that was made prior to Russia’s invasion of Ukraine.