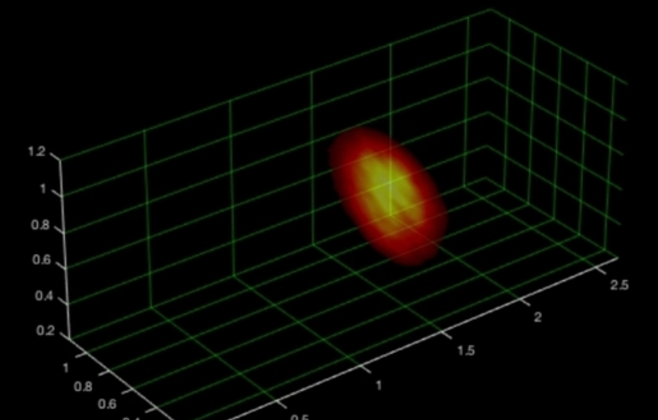 Researchers at Lund University in Sweden have created a camera to capture ultrafast processes previously impossible to film.

The camera can film at a rate equivalent to 5 trillion images per second and capture processes in chemistry, physics, biology, and biomedicine that could guide future research and innovation.

“We have figured out a way so that we can record several images in one image, so we can acquire an entire video sequence in one shot,” co-creator Elias Kristensson told Reuters.

Present high-speed cameras capture images one by one. This new camera uses an algorithm to capture several coded images in one individual photograph and arrange them into a video sequence afterward.

The technology was developed by Kristensson and co-creator Andreas Ehn.

They have called the technology Frequency Recognition Algorithm for Multiple Exposures (FRAME).

But don’t expect to see FRAME technology in your local electronics store.

“We regard this mostly as a tool for scientists that want to be able to study ultrafast phenomena in their laboratories. We don’t think that it will be used by ordinary people in their homes,” said Kristensson.

The camera could get faster yet, said Kristensson.

“We’ve not actually reached the limit of how fast you can record things. Many facilities have faster lasers, such as attosecond lasers. That means they could actually reach frame rates about a thousand times faster,” he said.

The prototype has been taken on by a German company and could be available commercially within two years.