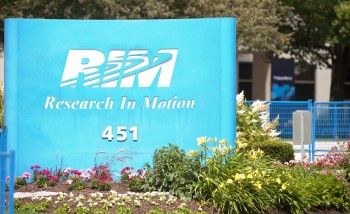 It was the third consecutive disappointing quarterly report, as the company struggles to compete with Apple’s iPhone and the newer entrants running Google’s Android operating system. The latest earnings report caused many Wall Street analysts to wonder if the company would ever thrive again.

The Waterloo, Ontario-based Research In Motion (RIM) lost $5.61, or 19 percent, on the Nasdaq stock market last Friday. Its shares have plummeted by 59 percent since Jan. 1.

In fact, after reaching an all-time high of $145 per share on June 20, 2008, shares of RIM have steadily declined ever since. Its decline over the last two years coincides with the growing popularity of the iPhone and Android smartphone devices.

Revenues at the firm fell to $4.17 billion in the quarter ended Aug. 27, and RIM’s earnings per share of 80 cents fell short of the 88 cents expected by analysts polled by Bloomberg.

Of the 53 analysts which cover RIM, 17 have a “sell” rating on the stock and only 11 say the stock warrants a “buy” rating, according to data from Bloomberg.

The company said that total shipments of its PlayBook tablet computers were 200,000—less than half of the amount it hoped to ship. It shipped 10.6 million units of its main product, the BlackBerry, to resellers, a number which also fell short of expectations.

In a conference call with analysts on Friday, RIM blames its lower-than-expected shipments were due to older products. The year-old devices such as previous generation Torch and Bold are struggling to compete with the seemingly monthly launches of new Android phones.

Its newer devices, running the BlackBerry 7 operating system, is selling well. Co-CEO Jim Balsillie said that “In North America, BlackBerry 7 smartphones are having an excellent reception and have driven a meaningful increase in sell-through in the region during the last few weeks of the quarter and so far in September.”

The company is clearly hinging its hopes on new BlackBerry devices running the BlackBerry 7 software and its upcoming QNX-based devices.

“Early results from the BlackBerry 7 launch are strong,” Balsillie said on the conference call. “Growth in units, combined with the benefits from our recent cost optimization program, will show steady improvement in our earnings per share in Q3 and Q4.”

The BlackBerry 7 devices are seen as a stopgap, until the company fully launches its QNX-powered devices, which already run on the PlayBook tablet computers. The QNX devices will arrive in the market in early 2012, and RIM says that it should give the company more than a fair chance to compete with Apple and Google in the smartphone marathon.

With so much hope invested in the QNX smartphones, RIM is clearly betting it all that those will be the products that will keep the company afloat. Should the new products flop in the market place, RIM may be looking to sell itself or sell assets to cover losses.

Analysts are split on RIM’s future prospects. “[It] needs fundamental change in vision and strategy, and its transition to QNX must be near flawless to garner support from developers,” UBS analyst Phillip Huang said in a BusinessWeek report.

“There are simply too many risks to the story to ascribe much confidence to the sustainability of current earnings,” wrote analysts at Morgan Stanley in a research note to clients on Friday, citing competition from entrenched companies in the smartphone space, as well as the revived Microsoft Corp. eager to launch Windows Phone 8.

Mike Lazaridis, who is Co-CEO at RIM with Balsillie, founded the company in the mid 1980s when he was a student at the University of Waterloo. Balsillie joined the company in 1992, and in 1999, RIM launched its flagship product the BlackBerry handheld.

For years, BlackBerrys dominated the market place as the only viable mobile email communication device on the market. Millions of phones were sold to corporations and government agencies, as its ease of typing and IT-friendly security features were attractive to the corporate sector.

But the company’s market share began to erode beginning in 2007, after Apple introduced the iPhone, seen as one of the first entertainment smartphone devices in the market. Coupled with the increasing bandwidth of mobile communication and the popularity of smartphones, as well as its own slow product launches, the BlackBerry was cast as a niche device, popular among the business and government sectors.

According to Gartner Research, in the last quarter BlackBerry’s global smartphone market share fell to 12 percent, a distant third place behind Apple at 18 percent, and market leader Google Android, at 43 percent.

“We see no sign of a turnaround at RIM,” declared Deutsche Bank analysts in a research report.