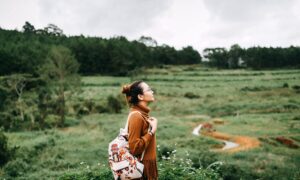 Linda Moore
I am a freelance writer and enjoy reporting on a variety of topics.
View profile
Follow
biggersmaller
Print

The Alzheimer’s Assoication released new research from a Harvard study that shows ways of detecting early signs of the disease. The study has also found ways to help prevent memory decline as well.

The Harvard study provided data on candidate Jane Todd, 71, which showed that changes within a person’s sense of smell is related to early signs of cognitive impairment. It’s important to note that although Todd doesn’t have Alzheimer’s, she does suffer from memory lapses.

Eyes are also related to Alzheimer’s, as the retina can get a build-up of beta amyloids which is another form of dementia. These early indicators should be looked at more closely by doctors through treatments such as neuropsychological testing, memory testings and MRIs.

There are several places that offer neuropsychological testing in NYC. The results can help you and a qualified doctor determines your next steps.

According to another study conducted of 1,200 people considered at risk for dementia, lifestyle changes aided in reducing memory decline. It’s essential for people susceptible to Alzheimer’s to exercise, eat right and manage their overall heart health daily.

Linda Moore
Follow
I am a freelance writer and enjoy reporting on a variety of topics.
TOP NEWS