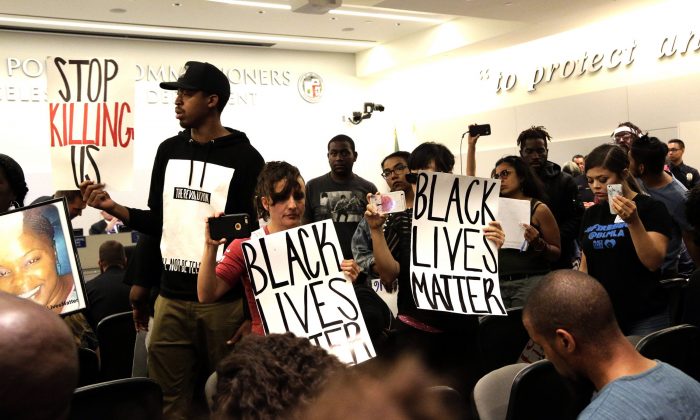 Republicans: Stop Pandering to the ‘Diversity’ Fetish—Rediscover Your Principles

The Republican Party top brass is all in a dither. The “diversity” of the Republican congressional delegation is shrinking.

The recently announced retirement of Rep. Will Hurd (R-Texas) will leave only one black Republican in the Senate and zero in the House. The GOP currently has only 13 women serving in the House of Representatives (there are 184 men), and this is sending the Republican hierarchy into panic mode.

If trying to match the Democratic Party in “minority” candidates is a top priority, then the GOP is, as usual, way out of touch with its base.

The base cares about principles, not melanin. They care about the Constitution, not genitalia.

Yet, in April, the National Republican Congressional Committee’s recruitment chair, Susan Brooks, a four-term representative from Indiana’s 5th District (who is on the verge of retiring), “lectured her party about diversity,” according to The Guardian.

“It’s important that we, as a conference, do a better job of looking like America, and better representing the very diverse country that we have,” she told Roll Call.

Sorry, Susan, but it isn’t. It’s not even close to being important.

I’m a foreigner, but I have addressed around 500 groups across this great nation in the last 10 years. My audiences have almost always been Republicans, libertarians, conservative Christians, professionals, and Tea Party folk—in other words, the Republican Party’s voting base.

The bulk of my audiences were predominantly Middle American white, but I have addressed black majority churches, Latinos for Trump, Cuban Americans, Jewish majority groups, and Chinese gatherings. I have stayed at their homes; we’ve eaten countless meals together, gone shooting together, attended religious services together; and I’ve driven hundreds of thousands of miles with these good folks. I’ve held literally thousands of conversations with members of the Republican Party’s base.

Guess how many times any of them have said something like, “We need more Hispanic, black, Jewish, and women candidates,” or how many said, “The GOP just isn’t diverse enough.” Guess how many of my “minority” colleagues said they felt alienated because the GOP was “too white.”

The answer to all three questions is zero.

What I have heard are phrases like “The GOP leadership is gutless,” and, “When is the Republican Party going to stand up for its own platform?”, and GOP leaders “completely lack principles.”

And here’s a warning directly from the base, President Donald Trump: If you try in any way to curtail American’s Second Amendment rights with “red flag” laws or other Democrat chicanery, you will spark another wave of disgusted ex-Republicans. They’re happy with your economy and the Supreme Court and most of your foreign policies. They’re disappointed that the border wall isn’t built yet—though they understand you’re trying hard. But if you give away their gun rights in any way, they’re going to desert you in significant numbers.

“Diversity” means nothing to the Republican base. It might be a talking point with some of the party’s snooty elite, but it counts for nothing with the grassroots activists who write out millions of small checks, man phone banks, knock on doors, organize rallies, and drag their relatives and friends to the polls.

The Republican base wants their First and Second amendment rights restored. They want secure borders, America-first immigration policies, and full respect for the rule of law. They want low taxes and strong economic growth. They want affordable private health care. They want a sound education system and the end of “political correctness.” They want an end to “minority rule” and identity politics and hyphenated Americanism.

The Republican base wants their country saved. They don’t care who does it. They just want the job done. They don’t care if every Congress member is a white 50-plus male, or if they’re all descendants of Chinese railroad laborers, or Kalahari Bushmen.

By the way, I’m not sorry that Will Hurd is standing down in Texas. He was one of the most left-wing Republicans in the House. He voted with the Democrats almost as much as with the president. He was soft on immigration amnesty even though much of the GOP base in his border district suffers more from illegal immigration than almost anywhere else in the nation. Good riddance, I say. Let’s hope the local GOP grassroots nominate a much better replacement.

The GOP leadership needs to completely abandon its “diversity” fetish. For every vote they gain by nominating a woman or a “minority” to Congress, they will lose 10 by ignoring the real concerns of their base.

Let’s hope that the good people of Indiana’s 5th District choose a replacement for Rep. Susan Brooks, who cares more about restoring the Constitution than pandering to “political correctness.”

The next election is the most critical in U.S. history. The Democrats will run on “identity politics” because that’s all they have. The Republicans have Trump, a great economy, a much better Supreme Court, a much-improved foreign policy, and countless other issues on which to run.

“Diversity” is not an important issue for the GOP base. Many large U.S. businesses, including Dick’s Sporting Goods and Target, have suffered because they put political correctness before the wants of their customers. The Republican Party would be foolish to follow the same path.