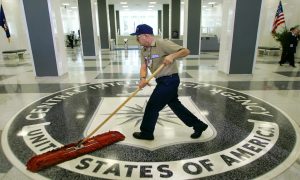 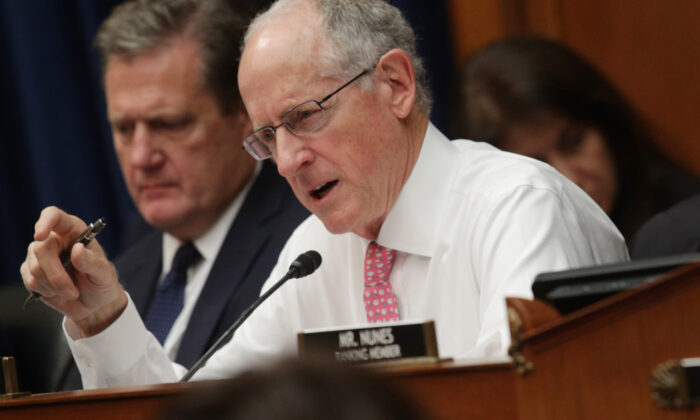 GOP lawmakers on Nov. 13 motioned to subpoena the person who filed a complaint against President Donald Trump over his July phone call with Ukrainian President Volodymyr Zelensky.

Rep. Mike Conaway (R-Texas) asked House Intelligence Committee Chairman Adam Schiff (D-Calif.) to make a motion and then requested the committee subpoena the whistleblower to testify to the committee in a closed-door hearing.

Rep. Jim Jordan (R-Ohio), who was recently moved onto the committee, then asked Schiff: “Do you anticipate when we might vote on the ability to have the whistleblower in front of us, something you, out of 435 members of congress, you are the only member who knows who that individual is, and your staff is the only staff of any member of Congress that has had a chance to talk to that individual. We would like that opportunity. When might that happen in this proceeding today?”

“As the member knows, that’s a false statement,” Schiff responded. “I do not know the identity of the whistleblower and I’m determined to make sure that identity is protected.”

Schiff initially said the whistleblower should testify but reversed his stance after it was reported his staff had contact with the person before the complaint was filed, which Schiff later confirmed.

“You’ll have an opportunity after the witnesses testify to subpoena any witness and compel a vote,” Schiff added on Wednesday.

Because Democrats hold the House, party members chair all the committees and have the majority on all committees, meaning a vote on the motion is not likely to pass.